I Always Leave My Heart in New Orleans: Some ASCH Thoughts

Academic conferences are some of my favorite things (sorry brown paper packages tied up with string, well, unless there’s a copy of Color of Christ inside the paper). This past weekend was the meeting for the American Society of Church History, along with the American Historical Association and the American Catholic Historical Association. I had wonderful meals with fellow blog contributors such Ed Blum, Lin Fisher, Mike Pasquier, Janine Giordano Drake, Karen Johnson, and Kelly Baker and lots of gumbo (not to mention a delicious chocolate bread pudding!). And I attended some wonderful panels too, a few of which I’ll offer some initial thoughts below. Before though, I have to give a huge shout-out to FSU doctoral student Shaun Horton who live-blogged the conference. 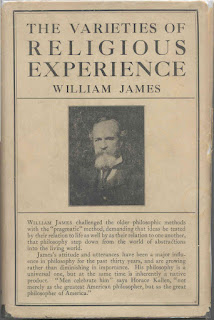 Upon getting into NOLA, I made it just in time for the first round of panels, which included an all-star line-up of John Corrigan, Liz Clark, Amanda Porterfield, and Kathryn Lofton in “Restructuring Religion: American Approaches to Modernism.” Corrigan explored the relationship between different ideas about “dead space” in art and ways to analyze religious competition in the modern American period. His idea that a main way religious groups make their identity is by pushing off other groups—especially as space became increasingly scarce—is one that continues to make me try to think through new ways to conceive of the multi-racial, multi-ethnic, multi-religious, and often multi-tension-ridden nineteenth century New Orleans religious milieu. Clark introduced us to Catholic modernist and church historian George LaPiana and Porterfield offered us a new and innovative way to think about William James—as a scholar with a modernist esthetic. In her response, Lofton encouraged us to think about modernism as including the emergence of new subjectivities, always noting how those new subjectivities are concurrent with new modes of thinking and understanding the world, and the process of these two things together. Great way to start the weekend! They were followed by a panel of graduate students speaking about ideas regarding “God’s Kingdom” in supernatural and natural landscapes, which featured ideas about religion and technology, religion and the “free market,” and Sylvester Graham’s theology.

Friday morning, a panel deconstructed the “Mormon monolith” and offered new ways of thinking about Mormon identity in a way that takes the impact of region, race, and gender seriously. That afternoon in his response to a panel that revisited his “Historiographical Heresy: Catholicism as a Model of American Religious History,” (a great panel that featured some of my own scholar buddies like Kelly Baker, Matthew Cressler, and Brian Clites), Jon Butler asserted that he’s not sure something called “American Catholicism” exists. Rather, the diversity of Catholicisms in the country—and the always significant impact of context—makes the idea of a unified Catholicism problematic. The result (at least for me) is further encouragement to really think about what we mean when we say that someone or some group was Catholic. What makes a Catholic a Catholic? How do we draw those boundaries and what do we use? Is a nineteenth-century New Orleans Voudouist who was baptized, attends mass, and conducts Voudou ceremonies a Catholic? Half a Catholic? Kind of Catholic? That night I had a lovely dinner with a small group of other graduate students hosted by Jan Shipps. Attention graduate students: attend the ASCH meeting! You get to go to dinner or lunch with major senior scholars in the field and it’s free (and you learn neat stuff; for example Jan Shipps used to play piano in a bar, a fact that someone should put on her wikipedia page).

Saturday morning brought more Catholics. Mike Pasquier, Matthew Cressler, and myself presented papers on black Catholics with the goal of bringing black Catholicism into conversation with the great, new critical scholarship in African American religions (led by folks like Sylvester Johnson, Curtis Evans, and Judith Weisenfeld), by examining the transformation of religious and racial identity over time and space in Black Catholic communities. I discussed the creation of black Catholic parishes in late-nineteenth century New Orleans, Cressler explored Catholic converts in mid-twentieth century Chicago, and Pasquier took us back to the era “before black Catholicism” in messy colonial Louisiana. Themes of the panel included the nature of conversion, locating Catholic identity amidst complicated, creolized religious experience, and the ethnicizing capacity of religion. And though I may be biased, I would say the discussion was rocking, particularly due to the smart comments by respondent Sylvester Johnson. Black Catholics were followed by “Postscripted Presences: Native Christians, Historical Narrative, and Ethnographic Quandaries,” a thought-provoking panel on how to theorize, write, and analyze historical subjects who are embedded in a network of colonialism of both then and now, academic historians and tribal historians, problematic primary sources from European missionary perspectives and (also problematic) oral histories—the result is what panelist Lin Fischer called the “Not-So-Pastness of the Past.” The presentations led to a lively discussion about the pros and cons of historians also doing ethnography. That night, out-going ASCH president Laurie Maffly-Kipp gave her presidential address on “the burdens of church history,” challenging us to think of ideology and institution in new ways. I’ll leave the description at that and simply tell you to look forward to the June issue of Church History: Studies in Christianity and Culture, which will run a print version of that awesome address. Or read Elesha Coffman's post from yesterday for more on the address. 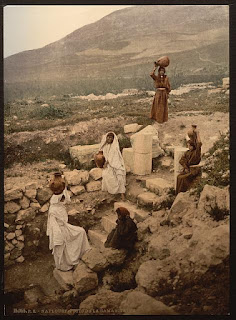 Sunday morning’s “American Protestant Constructions of the ‘Holy Land,’” was yet another fantastic ASCH panel. Stephanie Stidham Rogers explored the ways in which American Protestants of the late nineteenth and early twentieth centuries imagined the “Holy Land,” particularly as an open, untouched landscape that included timeless people. An indicative travel narrative of the time period included a picture of a contemporary Bedouin woman with the caption “Rachel at the well,” indicating an American imagination that collapsed ideas about time in a place they viewed as timeless. Brooke Sherrard explored the intersections of biblical archaeology and Zionism in the mid-twentieth century. In short, archaeology was never neutral and for these biblical archaeologists, it was also political. Sherrard explained how the way they understood culture impacted how “real” or “true” they took their archaeological finds and how they understood the relationship of Palestine to Israel. Third, Stephanie Brehm took us all to Orlando’s religious theme park, “The Holy Land Experience”—a place of “disneyfied evangetainment.” She explained how education, pilgrimage, entertainment, and worship tangle together in this theme park, which includes a miniature replica of 66 CE Jerusalem and two daily Passion Plays. Consumerism allows park attendees to take some of ancient Israel home with them, be it by purchasing modern-day ceramics and textiles made in Israel or a mezuzah or tallit. What struck me about this panel is how American ideas about the “Holy Land” have contentious relationships to those who currently live there. For Rogers’s American Protestants, the “Holy Land” was one not peopled by contemporary people indigenous to the region; rather, they were understood as people like those from the time of Christ. Attendees of “The Holy Land Experience” leave with souvenirs imported from Israel, that while made in today’s era are associated with 2000 years ago. Again, the people living in Israel and Palestine today seem to be in a way invisible to Americans. Only one of the biblical archaeologists introduced by Sherrard (Millar Burrows) directly spoke about contemporary Palestinians.

To wrap up the conference weekend, I went to an AHA panel on jazz, sex, and race in early twentieth century New Orleans, which was followed by fried drum fish before hitting the interstate. All-in-all: a fantastic weekend full of good food, great panels, and even more great discussions (both of the scholarly variety and not) with some of my favorite historical buddies over beer and bourbon.
Email Post
Labels: American society of church history conferences emily's posts

Christopher said…
Thanks for the detailed report! And I'm thrilled to hear that Professor Maffly-Kipp's address will be published in Church History.
January 8, 2013 at 11:10 AM