Mainline Moment: On a Mission from God and Secularism 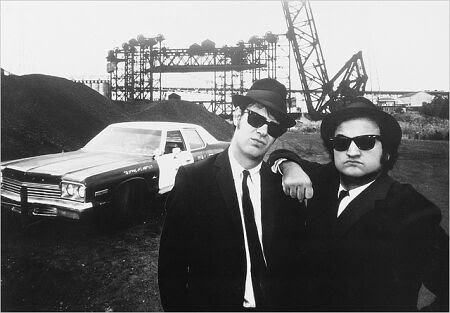 I'm sure you're all wondering when the "Mainline Moment" will return. I'll tell you when: next Saturday 4-6 p.m., and Monday, 9 - 11 a.m., and then 4-6 p.m., at the panels below at the American Academy of Religion meeting: with sessions on John Modern's Secularism in Antebellum America, an author meets critics session on our good friend and occasional contributor Tracy Fessenden's landmark book Culture and Redemption, and then a panel I'm chairing on the twentieth-century mainline. Details after the jump break below. See a bunch of you blog readers very soon, I hope, in Chicago; make sure and bring your walking shoes, to get around McCormick Place.

Please feel free to use the comments section here to plug your panel; and check out this post for information on sessions specifically related to Religion in the American West.

Also, our contributor Mike Altman has blogged about his upcoming panel, "Exceeding Boundaries: Approaches to Transnationalism in American Religions," here. And plenty of people will be live-tweeting and blogging panels; personally, I don't "conference-and-drive" like that, but some of these youngsters with their newfangled contraptions can, so have at it.

Theme: Organization and Resistance: Challenges for the Early Mainline
Paul Harvey, University of Colorado, Colorado Springs, Presiding
Monday - 4:00 PM-6:00 PM
In a familiar narrative about the Protestant mainline in America, fissures between leaders and laity opened in the 1960s, sapping institutional strength and resulting in a loss of membership. But the mainline tendency to organize itself in top-down, bureaucratic fashion was problematic from the beginning. Initiatives launched by ecumenical bodies and denominational headquarters frequently met resistance from laity and the rank-and-file clergy as early as the 1910s. These papers re-examine the early history of the Protestant mainline with an eye for negotiations of power, enriching our understanding of the mechanisms of religious “establishment” in America and providing context for the tradition’s later trajectory. Methodologically, the papers attend to the intellectual and theological impulses of elites, the messier realities of religious practice, and the structures linking various mainline constituencies. This is history neither from above nor below, but from the vibrant and contested middle.

Elesha Coffman, University of Dubuque Theological Seminary
“You Can’t Enlist the Laymen”: The Christian Century and the Logic of Mainline Churchliness
The Christian Century, flagship periodical of the Protestant mainline, tried repeatedly to increase its circulation by attracting more lay readers. This effort reached a peak in 1947, the year a layman became president of the Federal Council of Churches. During this “Laymen’s Year,” the Century ran a series of articles that inadvertently exposed the reasons why the magazine, and the Council, struggled to mobilize lay support. This paper examines the 1947 articles and the marketing strategy behind them to identify points of distrust and misunderstanding between laity and church leaders. In brief, the institutional model of religious activism Peter J. Theusen has called “the logic of mainline churchliness” required more theological acuity and patience than laypeople were willing or able to provide. At the same time, church leaders often disdained or even feared lay initiative. Hence Winthrop Hudson’s contribution to the article series, titled “You Can’t Enlist the Laymen.”

Aaron Sizer, Princeton Theological Seminary
Presbyterian Consolidation and the New Era Movement, 1918-1923
The end of the Great War presented a growing class of Protestant administrators with an opportunity to harness wartime idealism in the service of the long-sought goal of institutional rationalization. Modernized fundraising, centralized authority, and professionalized ministry, which would become notional hallmarks of the Protestant mainline by midcentury, were among the outcomes that dozens of “denominational forward movements” pursued between 1918 and about 1925. Through an exploration of one of these, the Presbyterian New Era Movement (NEM), this paper illustrates the very incomplete success of these consolidationist efforts. In a decade characterized by widespread admiration of corporate culture, Presbyterians at every level were nevertheless reticent to accept the NEM’s totalizing vision, and vigorously defended their own prerogatives even as they bought into a general program of denominational advance. Just as the war opened a path to ostensibly efficient hierarchical organization, the NEM revealed deep pockets of resistance to this model among the laity, the clergy, and the bureaucracy itself, exemplifying what would prove to be enduring tensions in the Protestant mainline.

Curtis Evans, University of Chicago
Uniting Social Engineering with the Emotional Enthusiasm and the Moral Power of Religious Motivation: The Federal Council of Churches and the Race Problem
An examination of the Federal Council of Churches Department of Race Relations’ project to study local social and racial conditions demonstrates the complex ways in which contact with local customs often served to alienate FCC leaders from local church members. Controversial issues like lynching highlighted the FCC’s limited ability to speak with an authoritative voice on social reform, the very area in which it sought to unify Christian witness. By linking its theological critiques of segregation and racial oppression with the most recent findings of social science, the FCC unwittingly allowed itself to be portrayed as an “outside” group that was not an authentic Christian force for reconciliation. As a Northern organization that advocated a socially progressive Christianity, the FCC was never quite able to reach local populations, particularly in the South, even though its department of race relations made contributions in race relations that have often been ignored by historians.
Responding:

And then, information on the panel about Modern's book Secularism in Antebellum America:

Cultural History of the Study of Religion Group and Religion, Media, and Culture Group
Theme: A Fabulous Rumor: Critical Interpretations of John Lardas Modern’s Secularism in Antebellum America (University of Chicago Press, 2011)
Amy Koehlinger, Oregon State University, Presiding
Monday - 9:00 AM-11:30 AM
John Lardas Modern’s monograph, Secularism in Antebellum America (University of Chicago Press, 2011), offers an experimental account of the secular imaginary at mid-century and the emotion and mood that defined it. Reconsidering the techniques of personal agency, which scholars of secularization have used to mark the modern transformation of religion into proliferative expressions of individual belief, the book proffers that secularism is about something different; it is about “a choice being made before it presents itself as such. Unseen somethings haunting the day.” Secularism manufactured in its own loom a ready-made religiosity of “true religion,” presenting it as common sense, a naturalized reality. This panel considers the implications of that claim for the study of religion, the metaphysics of secularism, and the bodies and materials possessed by both.
Panelists:

And for those (unlike me) who are around Saturday, here are the details for Tracy's session:


Kathleen Flake, Vanderbilt University, Presiding
Saturday - 4:00 PM-6:30 PM
In this session, a handful of scholars critically evaluate the acclaimedCulture and Redemption: Religion, the Secular, and American Literature (Princeton University Press, 2007), with author Tracy Fessenden serving as respondent. There will also be much time for audience conversation about issues raised by this book and where intellectual work in its allied fields is going or should be going.
Panelists:

Karen Johnson said…
Welcome to Chicago AAR attendees! I wanted to plug a panel I'm on exploring religion and childhood in Catholic, Morman, and evangelical contexts. The abstract is below:

Preparing the Next Generations: Catholic, Evangelical, and Mormon Youth in the Twentieth Century

In the early-twentieth century, Catholics, Evangelicals, and Mormons refocused their attention on the religiosity of their youngest adherents. Spurred on by internal transitions and developing ideas about childhood, leaders established new rhetoric, behavioral codes, and youth programs to maintain children’s involvement in their religion. The first paper elucidates how Mormon church leadership and adolescent girls entered into an intergenerational conversation about the evolving theological significance of courtship after the end of polygamy. The second paper articulates how young Catholic children in 1930s Chicago established significant roots for the civil rights movement. The third paper illuminates how evangelical camps after 1945 served as crucial sites for female and male campers to form their religious and gendered identities. These papers reveal how perceptions of childhood and children’s experiences were central components of how religious groups reinvented their religious identities and reenergized their adherents during periods of divisive struggle and transformative change.