Why Christ's Color Matters: Conversations with Friends at Religion Dispatches and Elsewhere

Lots of great and intense reactions to The Color of Christ, including an insightful review at the Englewood Review of Books here, some wonderful stuff coming up at Patheos, and a forum review at the Journal of Southern Religion featuring responses from Laurie-Maffly-Kipp, Jennifer Graber, and Darren Grem.

But here want to highlight an online conversation forum. Join esteemed scholars Anthea Butler, Joanna Brooks, and Andre Johnson for a conversation about The Color of Christ just posted at Religion Dispatches. Anthea takes us through a series of questions on which we conduct virtual conversations. A little excerpt: 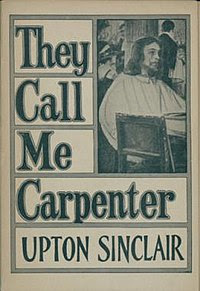 Why is it important to discuss The Color of Christ now in 2012, when the election of President Obama was heralded as the beginning of the "post-racial society"?
Joanna Brooks_________
I think we're all agreed that post-racial just...isn't.
But I'm thinking too about the multidimensional influence of race on faith. The sociologist Stuart Hall once said, "Race is the modality through which class is lived." That's always stuck with me. I wonder if race is not also a modality through which faith is practiced. I think many people aspire to practice faith towards the end of eliminating or transcending human divisions like race. But race, class, gender, and sexuality profoundly shape the practice of faith and the different paths of faith people have to walk.
For Christians of color in America, for example, this may mean that being Christian requires pushing through the racism—deadly in so many precincts of American life—of an American Christianity that has colored Christ white towards claiming a God that looks more like home. For white Christians, it means pushing through what may feel safe—inherited privilege and blindness—to leave home and migrate towards images of God that do not look like us.
Email Post
Labels: color of christ crossposts jesus in america religion and class religion and race

Nicholas Jackson said…
Very interesting ideas. I was just think about the subject yesterday.I saw an photograph of students at a mission school Lesotho. There was a mural with Jesus as a black man.
October 15, 2012 at 7:59 PM

Janine Giordano Drake said…
Yes, the Jesus in _They Call Me Carpenter_ is so interestingly white (even though persecuted by the KKK). But, he's also so interestingly not Anglo-Saxon, as he has no place in the area churches. I always got the impression he was Russian or Eastern European, since he was in favor of the Russian Revolution (and so, wrongly accused).
October 18, 2012 at 7:08 PM