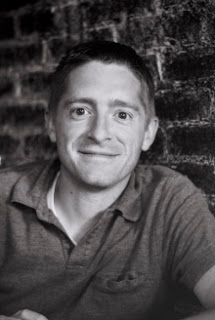 Here is the second installment of my two-part interview with David Swartz, author of the newly released Moral Minority: The Evangelical Left in an Age of Conservatism (University of Pennsylvania Press). For part I, click here.

Brantley Gasaway (BG): One of the most pressing questions concerning the evangelical left is, of course, why they became marginalized and overshadowed by the Religious Right.  Among the several contributing factors that you suggest—fracture caused by identity politics, skepticism from the political left, and the right's strategic focus abortion—does any one stand out as most important?

David Swartz (DS): Abortion played an important role in both pushing evangelicals away from the Democratic Party and pulling them into the Republican Party. Prior to the 1970s the Democrats were arguably more pro-life and pro-family than the Republicans. But activists enforced a pro-choice orthodoxy on the Democratic Party in the 1970s. At the same time, Republicans enticed a newly energized religious right with a pro-life orthodoxy. Consistent life evangelicals and Catholics were left without a political home. Many pro-life Democrats—like John Kerry, Dennis Kucinich, Mario Cuomo, Bob Kerrey, Bill Clinton, Jesse Jackson, Joe Biden, Paul Simon, and Al Gore—flipped to a pro-choice position. Those not willing to flip, including very many potential progressive evangelicals, found refuge in the GOP.

BG: Despite progressive evangelicals being "left behind" by the Religious Right and political left, your story is not just one of failure.  What are the most important ways that the evangelical left was successful?

DS: Two progressive evangelicals—President Jimmy Carter and Oregon Senator Mark Hatfield—occupied the highest political offices in the nation. And according to one Latin American specialist, Witness for Peace and Pledge of Resistance, two anti-Contra campaigns birthed by progressive evangelicals, helped prevent a U.S. invasion of Nicaragua.

More important than these newsworthy persons and events, however, was the influence that progressive evangelicals had on evangelical culture. Having labored for decades with little help on issues of poverty, women’s rights, and inequities in the global economy, Ron Sider’s concerns became more mainstream among evangelicals associated with megachurch pastor Bill Hybels, editors at Christianity Today, and the many evangelicals who have never closely identified with Jerry Falwell, Pat Robertson, and other religious right leaders. Sider’s Rich Christians in an Age of Hunger, for example, while not profoundly influencing American economic or foreign policy, guided the giving and consumptive patterns of millions of evangelicals. And many more evangelicals, including politically conservative evangelicals, now speak more explicitly in the language of social justice. After attending the 1989 missionary convention Lausanne II in Manila, Philippines, Sider declared, “What especially impressed—and delighted—me was the extent to which the ESA vision of holistic concern for both evangelism and social action has now become the prevailing perspective of mainstream evangelicalism worldwide. That was not the case when ESA was launched with the Chicago Declaration in 1973!” This was not explicit politicking. But electoral work, as John Howard Yoder argued, is not the only way to pursue a “politics of Jesus.”

BG: Your narrative ends in the late 1980s, but you note in your epilogue—and continue to document on your own blog—ongoing activism and even signs of the growing appeal of progressive evangelicalism.  If pushed to offer an analysis that many historians are understandably reluctant to make, how would you assess the future of the evangelical left in America?

DS: I’m not terribly well informed on the contemporary evangelical left. In fact, as I wrote the manuscript, I intentionally avoided reading Sojourners and other progressive evangelical publications. I wanted to avoid teleology and preserve a sense of contingency in the narrative. That said, there does seem to be a flowering of progressive urban activism, communitarianism, and global justice issues. More evangelicals seem to be questioning whether small government, lower taxes, and a strong national defense comfortably square with New Testament directives about blessing peacemakers, caring for the poor, and turning the other cheek. At the same time, many evangelicals are also finding it difficult to ally with secular liberals who insist on a party platform that includes reproductive rights and the redefinition of marriage and family. The many ways evangelicals read the Bible do not fit comfortably within the American electoral system. And so I—daringly!—forecast continued evangelical incoherence. The evangelical left will persist—and so will a substantial religious right. Given the decentralized nature of the movement, I expect that conditions outside the movement, especially the ideological platforms and cultural sensibilities of political parties, will significantly shape the direction of evangelical politics.

BG: What is your next project?

DS: I’m working on a project that extends my findings on Samuel Escobar, the Latin American Theological Fraternity, and the “global reflex.” In my research I found abundant evidence in the work of InterVarsity, International Fellowship of Evangelical Students, the 1974 Lausanne Conference, and World Vision of global evangelicals speaking back to and shaping the politics, theology, and culture of American evangelicals. So I want to tell the story of how global experiences moved American evangelicals from a narrowly focused anticommunism at midcentury toward a new and broader internationalism at the end of the twentieth century.
Email Post
Labels: author interviews brantley's posts evangelical center/left evangelicalism religion and politics

Tom Van Dyke said…
DS: I’m not terribly well informed on the contemporary evangelical left. In fact, as I wrote the manuscript, I intentionally avoided reading Sojourners and other progressive evangelical publications. I wanted to avoid teleology and preserve a sense of contingency in the narrative...

Fascinating, this. Lord knows we're lousy with teleologists; what we need are more historians.

Phillip Luke Sinitiere said…
Great interview Brantley and David. The next project on evangelical internationalism/international evangelicalism sounds interesting. I wonder the extent to which the narrative (of the religious left) will engage the work on world Christianity from the likes of Dana Robert, Lamin Sanneh, Philip Jenkins, Andrew Walls, etc. These scholars and others point to the shift in Christian expression to the global South and its relationship to the "west" and to North America. Perhaps a scholarly shift in this direction is another example of the internationalizing dimension of the field of American religious history.
October 20, 2012 at 4:06 PM

Dusty said…
Besides abortion as a hot-button topic in the 1970s, what was the evangelical left's response to court rulings mandating racial integration even in private schools, withholding tax exempt status for schools that racially segregated students, forced school busing, etc.? According to Randall Balmer, the IRS decisions to tax schools that racially segregated students was key to forming the Religious Right coalition (while abortion was a comparative afterthought). So what was the evangelical left's response to these race and schooling issues?
October 26, 2012 at 7:38 PM