Henry May In His Times

Over at U.S. Intellectual History, the outstanding scholar of antebellum American life and thought Charles Capper provides a beautiful tribute to the recently deceased Henry May as an intellectual and religious historian, but even more so as a writer, down to (in his 90s) marking up drafts of Capper's manuscript biography of Margaret Fuller. A little excerpt: 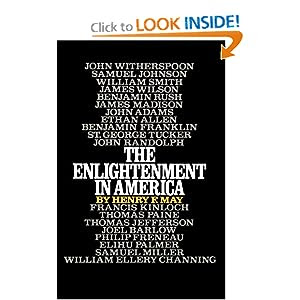 For May, on the contrary, the defining characteristic of the American Enlightenment was its oppositional but symbiotic rivalry with Reformed Protestantism, which he implicitly offered as a master pattern for American history as a whole. Yet even here his longtime fascination with the tensions of religion and secularism and intellectual mindsets and disillusioned idealism remained very much in play. Indeed, these themes played against the even more timely backdrop of student radical turbulence at UC Berkeley (toward which May characteristically was deeply ambivalent). I vividly recall the response of May, earlier a strong supporter of the Free Speech Movement, to a student leader of a university strike, standing up in a lecture class on Jonathan Edwards and demanding that it be canceled because what was important was the napalming of peasants in Vietnam: “Wrong—what is important at this hour in this room is Edwards!”