Of Intolerance, Hate Crimes, and Beards: Boundaries of Inclusion and Tolerance in American History and the American Present

Today's guest post is from Barton E. Price, a Visiting Assistant Professor of History at Grand Valley State University. He would like to thank his students for indulging his interests in these disparate topics and having discussions about them.

The last two weeks have been momentous ones for the history of American religious tolerance and intolerance, in case you missed it. Thursday the 20th marked the one-year anniversary of the repeal of Don’t Ask, Don’t Tell. In this landmark reversal, homosexuals were allowed participation in the military without fear of being “outed” and then discharged. The anniversary of this repeal prompted me to think about other important decisions that have an effect on American society. Namely, I am drawn to think about the intersection of religion, American history, and individual civil rights.

In Maryland, there is a referendum to legalize (or not) gay marriages in this state. As I see it, the issue of gay marriage boils down to a basic civil rights question. Do homosexual persons have the same rights and privileges accorded to them as citizens of the United States regardless of their sexual identity? I think that the rights of citizens are an ironclad guarantee so long as those persons are not criminals or enemies of the state. I do not see how homosexuals fit either of those criteria on the basis of their sexuality. So, it would seem to me that the logical answer to my question is that yes homosexuals should have the legal protection to marry. I do not see this issue as a religious one. Nor should it be.

But the Maryland case is an interesting one because it invites us to think about religion and civil rights. I recall months ago watching the news and hearing proponents of legalizing gay marriage claim that this legalization would be a continuation of the arc of justice in Maryland since the Act of Toleration in 1649 (interestingly enough, it was passed September 21, 1649). I chuckled to myself, as I had just covered that document in American History to 1877 course. As it turns out, the Act of Toleration is not a good example to use to support the case for same-sex marriage. If one reads the document closely, it appears to be a seventeenth-century version of Don’t Ask, Don’t Tell.

Speaking of Toleration, or rather intolerance, the senate held its hearing on the shooting at a Sikh temple as a hate crime. This hearing commenced on Wednesday, the 19th. Like many, I was horrified to hear about the deaths of Sikhs. Equally horrifying was that persistent Islamophobia undergirded the assailant’s attack. Page’s mistake in incorrectly identifying Sikhs as Muslims is unfortunate, and I have to say that I do not condone attacks on anyone on account of their religious identification. But this is not the first time that Sikhs have been wrongly identified according to racial and religious markers. 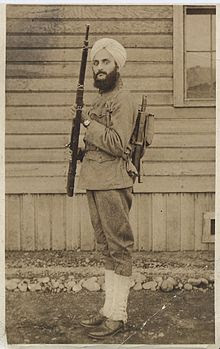 In my Intro to American Civilization class this semester, we studied a unit on the history of naturalization and citizenship. One common theme we discussed was race and ethnicity (e.g. Chinese Exclusion Act, National Origins Act). I also gave them case law from the Supreme Court. One case in particular fascinated me as I was preparing my course in early August. That is the case of Bhagat Singh Thind, an immigrant to the United States from Punjab. He had served the U.S. in World War I, had attended UC Berkeley, and was otherwise an upstanding member of society. According to naturalization laws in 1917 that granted citizenship to Native Americans if they served in the military, Thind applied for citizenship. He was denied on account of his race. The case goes that Thind argued that he was white (a qualifier in all naturalization laws since 1790) because he was of Caucasian ethnicity. He had legal precedent to support this claim. The previous year, the Supreme Court decided in Ozawa that a Japanese immigrant—while having light skin—was not white because he was not Caucasian. Thind’s lawyer thought that he had a tight case. Thind lost. The court determined that white and Caucasian were exclusively the domains of people from northwestern Europe and their descendents in the American continents. As appalling as this decision is, it is even more appalling when we consider that the court declined to recognize Thind’s actual religious tradition. Thind was a Sikh. The court, however, stated:

“It is a matter of familiar observation and knowledge that the physical group characteristics of the Hindus render them readily distinguishable from the various groups of persons in this country commonly recognized as white.”

I’m not exactly sure what “physical group characteristics” the court had in mind. My best guess would be the turban and beard. Nevertheless, this case—and the shooting in Wisconsin—point to a longstanding misunderstanding of Sikh religious identity vis-à-vis their Hindu and Muslim neighbors.

Lastly, speaking of intolerance, hate crimes, and beards, on Thursday the 20th, the jury in a federal court found seventeen Amish men guilty of hate crimes for shaving off the beards of other Amish men. Interestingly enough, the suspects were tried in accordance with the Matthew Shepherd Hate Crimes Act.

This is not just a curiosity. Instead it invites us to think about embodied religious practices (including facial hair), masculinity, and the role of the law in handling religious disputes. The prosecutor was quoted last fall saying that religious disputes over ideas handled in a sharing of words was acceptable. But acts of physical violence in these disputes was not. Are we to assume that the courts are—once again—taking on the role of defining religious practice? It would appear so. This case offers us a new avenue to explore some of these important themes. I call dibs.

So, these last few weeks have been important as we continue to think about religion, race, ethnicity, and sexuality. As historians, we must consider the contingencies, contexts, and continuities of limited tolerance in America’s past and work to reveal those limitations if we are to push the boundaries of inclusion.