One of the best parts of the digital revolution (at least to me) is the ability to meet and dialogue with people from various walks of life, areas, and professions. For scholars, this allows us to interact with folks who read scholarly and thoughtful works, hear what they think and how the works influence them. One blogger who has recently caught my attention and with whom I've enjoyed chatting is Brian Foulks. I wanted to introduce him to this blog and let him discuss what books have influenced and are influencing him now. (Edward J. Blum) 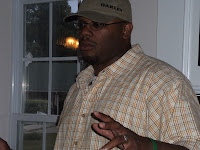 Brian Foulks is a church planter, an urban missionary, and a social activist. He has a passion for those nestled in the cortex of Hip Hop and church. Known for being an advocate for invading the culture with the truth. He is considered to be a hybrid of the faith-connecting the seminary/academy with the block, the unorthodox, hip hop culture with some of the liturgical aesthetics of the church. His mission is based on a need to redirect the efforts of the church toward a people group that society at large has been disinclined to engage. He has a B.S. in Recreation from Benedict College and a M.A. in Theological Studies from Liberty University. He is currently a PhD. student at Oxford Graduate School.

Books are the convening space of dialogue for me and have been for the past sixteen years. They have allowed me the opportunity to explore places and people that I would have never imagined existed without seeing them in print. They have presented existential, pragmatic, anthropological and theological queries that have challenged the very essence of my Christian faith. The list below highlights some of the books that have shaped the metanarrative called Brian. The six books that reshape my narrative are books that brought tremendous change to my personal perspective. They answered questions that I did not know I had within myself. These books changed how I viewed the world as well as how I interacted with the world- oddly from a theological perspective. They present a hard truth and stern, thick contrast of reality that gets at the heart of “what does it mean to be human.” (These are books that should be read on a yearly basis) 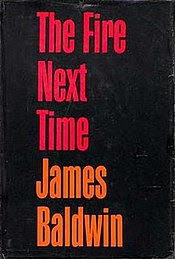 3. Mis-education of the Negro- Carter G. Woodson
4. Pedagogy of the Oppressed- Paulo Freire
5. Sovereignty of God- A.W. Pink (i have my issues with the dude nonetheless)
6. Mbongi: African tradition of Political institution- K. Kia Bunseki Fu-Kiau

The five books that are perspective changers (so engage with the understanding of getting rocked) are books that I started reading but had to pull back from because of the intensity of the information. These books can easily be placed in the first list of books once they have been read. These books present a challenge to me that at the time I was not ready to engage. The scholarship or topic would drive me to action that I knew I could not managed to address at this time in my life-at least when I started reading them. I know they will stretch the limits of what and who I am. Simply stated these books embody more of who I am than I realized before I started reading them and challenged me to go for greater.

5 Books that are perspective changers so engage with the understanding of getting rocked:

1. The Cross of Redemption-James Baldwin
2.The Color of Christ: The Son of God and the Saga of Race in America- Edward J. Blum and Paul Harvey
3. Black Reconstruction in America- W.E.B. Dubios
4. Homosexuality and the Effeminization of Afrikan Males -Mwalimu K. Bomani Baruti
5. Civilization or Barbarism- Cheik Ante Diop

The last ten books are books that I have that are my next books to engage. I have had some of them for years and now the area of study is prime for me to engage. Some of them are new releases as well, where the author has intrigued me enough via Twitter and Facebook to invest in their work. I have read their blogs, articles or essays for years, and now their books will give me more opportunities to engage their works. 10 books on my shelf that are next to be read:
1. That's the Joint- Mark Anthony Neal
2. I Mix What I like- Jared Ball
3. Race a Theological Account- J. Kameron Carter
4. Saeculum- R.A. Markus
5. Jack Johnson, Rebel Sojourner: Boxing in the Shadow of the Global Color Line- Theresa Runstedtler.
6. Blueprint for Black Power- Amos Wilson
7. After Artest- David J. Leonard
8. Everything written by Du bios
9. God of the Oppressed- James Cone
10. Hip Hop Wars and Black Noise- Tricia Rose

I conclude that books have been my exploration in the minds of thousands of people-some I agree and some I don’t. Nonetheless, their writings have allowed me to see how they operate in a diverse world where reading is a lost art. I am the epitome of what Erasmus supposedly meant when he said, “When I get a little money, I buy books. If any is left, I buy food and clothes.”
Email Post
Labels: african american religion Brian Foulks