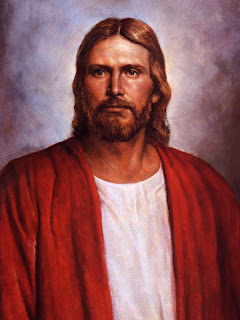 While driving through the wilds of Texas a few months ago, I got into a conversation about why some conservatives hate Obama so much.  I mentioned that the government was shedding jobs faster than the Bachelorette was dropping suitors.  I said that taxes were the lowest they've been than throughout most of the twentieth century.  I mentioned that Obamacare was initially the Republican counter to Hilary-care, a proposal that emerged from right-wing think takes.  I even mentioned that Obama spoke about God more than any of his predecessors.  What gives?

My conversant said, simply enough, it was his race.  At the root of it all, she said, many conservatives--at least the ones she knew in Texas--had never come to grips with the reality of having a black president (or at least as black as the son of a white Kansas woman can be--gotta love the one-drop rule America!).

I'm not sure she's right (and I'm not sure she's wrong), but I'm also surprised by how little this gets talked about.  Therefore, I was glad to see our very own Ed Blum featured in The Daily Beast talking about the conceptions of Jesus that underlie the current presidential race--and how those conceptions of Jesus subtly reinforce ideas of what is sacred (eg. white skin versus black).

Blum, pulling from his (and Paul's) soon-to-be-released Color of Christ, astutely brings up Obama's ecumenism, and his likely disavowal of any claim that, say, Jesus was black.  But despite all Obama's remarks, there is something pernicious lying in the continued reminders about Rev. Jeremiah Wright.  As I write, I just saw a Pew report claiming that more Americans than ever think Obama is a Muslim.  Willful blindness is potent stuff.

On the other side is the interesting phenomenon of the Jesus of Mormonism, a faith that has traditionally imagined Jesus as a blond-haired, blue-eyed beauty, much like most of the Mormons I see walking the streets of Salt Lake City and Provo.  It's an interesting fact that, right smack in the middle of the civil rights movement, the LDS Church erected an 11-foot statue of white Jesus right in the middle of Salt Lake.  Mormon history has changed, most tellingly with the 1978 revelation that African Americans can serve in the priesthood.  Today, when you take a tour of Temple's visitor center in Salt Lake City, the tour guides are still overwhelmingly nubile folks in their late teens and early twenties, but they are from all over the world.  Still, the traditional Mormon Jesus has got those steely blue eyes.

Both sides have histories to their understanding, which is what Blum goes after in the article.

Despite all this, my guess is that the candidates will stay as far away from this discussion as they have gun control.  Rationality escapes the masses on both sides, and these guys are smart enough to let sleeping dogs lie.  I'm just glad we've got a historical take to give us some perspective.
Email Post
Labels: color of christ jesus in america kevin schultz's posts Mormons religion and politics religion and race

Mark T. Edwards said…
Kevin: You wonderful reflection reminded me of a Larry Wilmore segment on the DS from 2009entitled "Reform Madness White Minority." I find a way to show it to all my classes. Just a segement:

Thanks for your thoughts..."she wants her America back? Go tell that to the Indians." I love that he's the senior black correspondent too.

FYI: Mark Silk just gave a great speech yesterday (judging from the feedback and the newspapers) dealing with this restorationist idea of restoring America--for a write up, see the Salt Lake Tribune here (plus, look how happy he looks!): http://www.sltrib.com/sltrib/lifestyle/54561595-80/silk-america-restore-party.html.csp
July 27, 2012 at 1:27 PM

Deseret Destrier said…
It is important to realize that (at least present-day) Mormons don't have a doctrinal basis for a white Jesus; I would suspect it's merely the traditional representation of him in American culture, much like how Mary is depicted as pale and blue-eyed more often than not. In fact, the Christus statue in Temple Square was sculpted by a non-Mormon Dane.

More egregious, I think, are examples of Jesus (and non-Europeans) in more vernacular Mormon art, such as the work of Simon Dewey, whose paintings look like soft-lensed dioramas staged in Utah. (However, it's interesting to note that I've seen reproductions of Dewey's art in various non-LDS churches around the world, too.)

What is particularly intriguing, and often ignored, is that the blond-and-blue-eye combination that makes Utah look so blindingly white is the result of tens of thousands of Scandinavian migrants in the 1800s, adding an international dimension to perceived Mormon homogeneity.
July 31, 2012 at 1:59 PM