Question: Do you see skin as another form of dress (lack of dress) or as something distinct and different?


Pamela Klassen: The strong—though mixed—reaction to Hillary Clinton going without makeup for a day seems to suggest that for powerful women in public, at the very least, skin requires dressing.  That said, racialization, and attendant assumptions and prejudices about the meaning of skin color, shape how particular kinds of dress are interpreted—a hoodie on Mark Zuckerburg and a hoodie on Trayvon Martin are not saying the same thing.  As I put it in an article I wrote on African-American Methodist women and dress: in the nineteenth-century U.S. “skin color trumped clothing, regardless of the richness of the fabric or the simplicity of the pattern.”  I’m not sure how different it is now.


In addition to racialization, the meaning of skin is made through distinctions drawn between being naked and being clothed.  These distinctions are themselves culturally and historically specific.


For example, I’m on the dissertation committee of a student of late antiquity, Erin Vearncombe, whose use of Judith Butler and dress theorists such as Anne Hollander, along with her prodigious knowledge of all things Greco-Roman, is allowing her to advance a fascinating argument about nakedness, dress and early Christianity.  With cognizance of the differences among a cloak, a tunic, and a cloth, and what each means in the context of social, class, and gender distinctions of nakedness, Erin is able to reread theologically saturated interpretations of key New Testament texts.  She argues that references to clothing in these stories cannot be read anachronistically as prognostications of the significance of future Christian themes, but instead should be understood as narratives that use articles of clothing as convenient, and historically specific, plot devices.


These two readings of skin—through racialization and through nakedness—show that skin is never uninterpreted and is always in play with dress.  Adding age to the picture would be one more example of skin’s endless (and lucrative) interpretive pliability despite its simultaneously material fixity, as the current fruitless battle in the name of “anti-aging”—whether through creams or surgeries—attests.


Brent Plate: I'd put it the other way: Dress is another form of skin. It’s a screen. It's another way of simultaneously displaying the self while keeping a membrane in place between the one and the other. 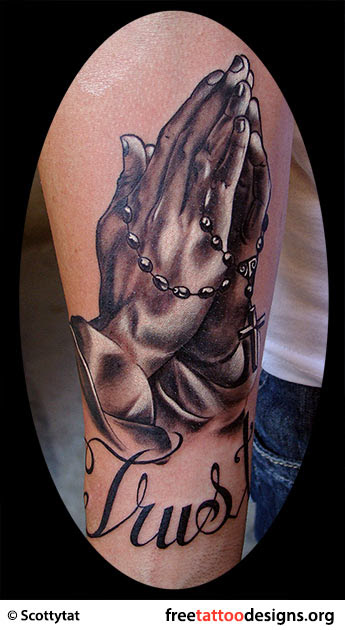 But yes, skin can be dress too. I immediately think of tattoos, scarification, piercing, and other skin-oriented modifications that signal membership--even in the modern day "cult of the individual"--belonging, and a sense of self. Skin can be decorated, and decoration necessarily changes the thing it is connected with.


At the same time, I'm hesitant to go too far with skin as dress, since there is so much identity connected to "natural" skin, and it is not as malleable, as volitionally changeable, as clothing. There is so much about skin that we are just stuck with and we can't head to the closet to change when we feel like it.

Kelly Baker: Like Brent, I would be nervous with pushing the analogy of skin and dress too far because dress cane be changed more readily. However, I think we can move too far in imagining that dress has infinite potential for change without paying careful attention to the ways in which fashion is tangled up with gender, racial, religious and class identities too. Clothes can communicate individual choices but they are more than that too. For instance, the blog Stuff White People Like does a nice job of riffing on the fashion of white middle class women, especially the supposed love of scarves. An individual fashion choice might appear as choice, but it could represent more the “habits” of a certain group of people.


When thinking about how skin can be fashioned as dress, I think there is also this focus on individual choices and individual bodies, rather than the structure guiding our choices. Last fall, I participated in a panel discussion  about embodiment and body modification, and agency and choice ran amuck, as some of panelists assumed that all of their own body modifications reflected them as individuals rather than the social and cultural spaces they inhabit. Unsurprisingly, I tend to disagree. The conversation became very intriguing (and problematic) when one of my fellow panelists wanted to suggest that prejudice against those who modify their bodies through piercing, tattoos, cosmetic surgery, hair dye, scarification, bleaching, implants, etc.  was essentially the “same” as racial prejudice. Unsurprisingly, the student audience found fault with this argument because our “natural” skin was not quite a choice like optioning to modify. The questions of agency and bodies are intriguing ones as well as questions of meaning and identity. While students wanted to assume that every modification was meaningful to individuals (a consciously fashioned self), they couldn’t decide if  the skin that we are in was always meaningful or should mean less.  “Natural” skin was ascribed worth, and attention to bodies, then, becomes increasingly important to demonstrate how exactly social and cultural constructions of race change or remain the same in different historical moments. For scholarly work on body modification, check out sociologist Victoria Pitts; intriguing study, In the Flesh (2003).

Many thanks to our wonderful panelists on the topics of religion, clothes, and skin.
Email Post
Labels: brent plate clothes clothing kelly baker pamela klassen skin