Skip to main content
Labels
Posted by Randall May 01, 2012

Do you teach a course on American Religion, or have you taken a course on the subject? If you answered yes to either, then maybe you read a novel alongside your chief textbook and that avalanche of primary source documents.  (See Everett Hamner's post from summer 2011.) 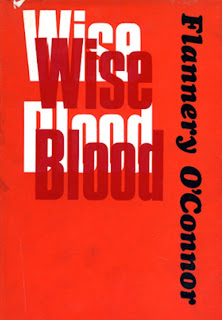 I think that when I assign a novel in my American Religion and Culture course it is like throwing the students a bone.  (No, I've never taught The Lovely Bones, but maybe that would work.)

In prep for teaching the class again, I went back through an email thread from the H-AmRel discussion list. I asked subscribers what novels and memoirs they liked to use in their courses.  I received a flood of responses.  Not knowing too much about all the valuable books out there, this was extremely helpful.  So, I list here many of the suggestions list members offered up, and I add some others of my own as well.

In no order at all:

James Carroll, An American Requiem: God, My Father, and the War That Came Between Us (1996)

Ernest Callenbach, Ecotopia: The Notebooks and Reports of William Weston (1975)

Erskine Caldwell, Deep South: Memory and Observation. The Story of a Minister's Son and his Religion (1980)

Dorothy Day, The Long Loneliness: The Autobiography of Dorothy Day (1952)

Harry Crews, A Childhood: The Biography of a Place (1978) 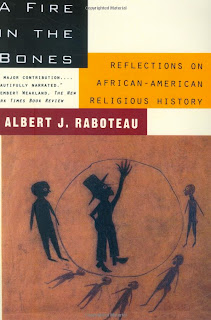 The Provincials: A Personal History of Jews in the South (1973)

John G. Neihardt, Black Elk Speaks: Being the Life Story of a Holy Man of the Oglala Sioux (1932)

Albert J. Raboteau, A Fire in the Bones: Reflections on African-American Religious History (1995)

Anonymous said…
All the suggestions seem to be of the "serious lit" sort; it might be interesting to look at how religion is treated in more "popular" fiction... for instance, the work of Elizabeth Moon sf/fantasy series Paksennarion, or any of Anne McCaffrey's Pern novels -- or Julia Spencer-Flemings excellent mysteries with Episcopal priest Clare Fergusson. Each of those authors treats religion seriously - the first by creating an alternative set of religions, the 2nd by creating a world w/o organized religion (which then has to create myths and myth keepers) and the 3rd by closely examining the way Christian faith is lived out.
May 1, 2012 at 1:19 PM

rjc said…
Some of my favorite books to assign in class aren't on the list, so I thought I'd mention them in case anybody wants a few more ideas:
- Jack Kerouac's Dharma Bums
- Michael Muhammad Knight's The Taqwacores
- Robert Heinlein's Stranger in a Strange Land
- Lee Smith's Oral History
- Zora Neale Hurston's Moses, Man of the Mountain.
May 1, 2012 at 11:38 PM

Randall said…
rjc: Thanks for mentioning those other titles.

Anonymous: that's a great point. On the popular level a Left Behind book or Hal Lindsey's Late Great Planet Earth might work well.
May 2, 2012 at 4:21 AM

Richard said…
Will D. Campbell, "Brother to a Dragonfly" (memoir)

Patrick Mason said…
This is uncanny, since at the same time this post went up, I was discussing course syllabi with the students in my graduate class on American religion (they each had to draft a mock syllabus, sort of on the Young Scholars in American Religion model), and I encouraged them to assign more novels.

A couple other options include Chaim Potok's novels (The Chosen and My Name is Asher Lev). I haven't read it yet, but Steven Peck's The Scholar of Moab just won a bunch of awards for Mormon fiction.
May 2, 2012 at 10:41 AM

Anonymous said…
Hope you consider the Memoir/Essay Collections (U of AL Press) such as: Circling Faith and All Out of Faith
(both subtitled Southern Women on Spirituality). They not only offer story variety through differing voices and perspectives, they throw in an occasional interview and poem to boot.
July 22, 2012 at 11:00 AM