Skip to main content
Labels
Posted by Paul Harvey May 28, 2012

Another Memorial Day, and another boring set of stories as to which town/place gets to claim credit for it -- in this case, Columbia, MS pits itself against Columbus, Georgia. Whatever.

Much more compelling are David Blight's reflections on "the first Decoration Day" in Charleston, South Carolina, May 1, 1865. This more celebratory piece, should be read together with Jim Downs, "Who Invented Memorial Day?," which discusses his important research on the devastating toll of disease on mobile African American populations during and just after the war. Short excerpts from each just after the jump break.


An excerpt from Blight: 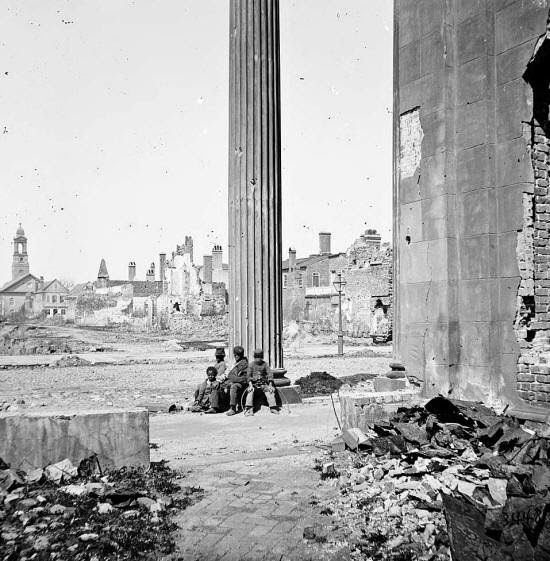 In the struggle over memory and meaning in any society, some stories just get lost while others attain mainstream dominance.
Officially, as a national holiday, Memorial Day emerged in 1868 when General John A. Logan, commander-in-chief of the Grand Army of the Republic, the Union veterans organization, called on all former northern soldiers and their communities to conduct ceremonies and decorate graves of their dead comrades. On May 30, 1868, when flowers were plentiful, funereal ceremonies were attended by thousands of people in 183 cemeteries in twenty-seven states. The following year, some 336 cities and towns in thirty-one states, including the South, arranged parades and orations. The observance grew manifold with time. . . .
Over time several American towns, north and south, claimed to be the birthplace of Memorial Day. But all of them commemorate cemetery decoration events from 1866. Pride of place as the first large scale ritual of Decoration Day, therefore, goes to African Americans in Charleston. By their labor, their words, their songs, and their solemn parade of flowers and marching feet on their former owners' race course, they created for themselves, and for us, the Independence Day of the Second American Revolution.


When historians describe casualties of the war, they uncover photos of mostly white enlisted men -- bodies strewn across an image of a battlefield or, worst, piled on top of one another in a deep ditch, dead from the effects of a cannonball explosion. What we don't see is dead freedpeople. The death of white participants in the Civil War is both valued and commemorated: framed as part of a larger saga of war and victory, and then propped up as the heroic embodiment of nationalism on Memorial Day. White people's death is reenacted annually by thousands of people-who, for a hobby on a holiday weekend, get to play dead.
There was no rebirth for former slaves who died of disease and sickness after the war. There was no chance of them coming back to life in a costume worn by an admirer a century later. Buried under the fallen cities and the new harvests, the South, at its foundation, is a graveyard: a place where black people died in unimaginable numbers not from battle, but from disease and deprivation.
In the recognition of the 150th anniversary of the American Civil War, let us not forget that freed slaves created Memorial Day. Let us remember that their prayers and observations were not just for the deceased Union soldiers on that first Memorial Day, but also for members of their families and their community who died in a war that was meant to free them.
Email Post
Labels: holidays religion and civic life religion and the civil war religion and violence

Anonymous said…
Thanks for sharing this information. Unfortunately we are having to gather our history bit by bit, piece by piece but when we gather it is very important that we share not just amongst ourselves but with the world so everyone will see and know.
May 20, 2014 at 9:33 AM