American Literature and the King James Bible: An Interview with Robert Alter

Do religious studies scholars and religious historians read the Bible? Have they pored over the pages of the Book of Mormon? (Elesha Coffman explored those questions on this blog last 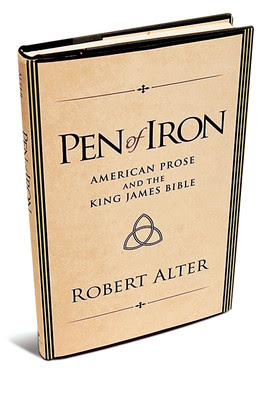 Scholar of Hebrew language and comparative literature Robert Alter has also spent some time thinking about biblical knowledge, or the lack thereof. He's also recently explored the ways that the prose of the King James Bible has long had a powerful impact on American writing.

Alter is Class of 1937 Professor of Hebrew and Comparative Literature at the University of California at Berkeley, where he has taught since 1967. He has authored a variety of works on the European novel from the eighteenth century to the present, contemporary American fiction, and on modern Hebrew literature. His publications include: Necessary Angels: Tradition and Modernity in Kafka, Benjamin, and Scholem (1991), The World of Biblical Literature (1992) and Hebrew and Modernity (1994).

Last year in my Religion and American Culture course I used his recent book, an illuminating, concise volume, Pen of Iron: American Prose and the King James Bible (Princeton University Press, 2010). It worked very well. Along with generating some great in-class discussion, it motivated my students and I to read a little more broadly from the canon of American lit, and to dust off our KJV's.

In a recent issue of the NYRB, Robert Pogue Harrison writes:

In Pen of Iron, the eminent Bible scholar and translator Robert Alter recounts a small yet telling part of the story of American literature’s attunement to the King James Bible. Exploring the way the KJB has impacted both the prose and worldviews of select American authors—mainly Lincoln, Melville, Faulkner, Hemingway, Bellow, and Cormac McCarthy—Alter shows that, even when they parody it or contend with its legacies (as Melville and Faulkner did), the King James Bible remains an enduring point of reference, if not a moral center of gravity, in their work.
I recently asked Alter to speak a little more to some of the themes he laid out in the book.
Randall Stephens: In 1911, Americans and Brits celebrated the anniversary of the creation of the King James Bible. How does that commemoration compare with similar ones in 2011?Robert Alter: From what I've read about the 1911 commemoration, it had a bigger impact in the public sphere. Both Teddy Roosevelt and Woodrow Wilson made celebratory speeches about the King James Bible, whereas we haven't heard anything from our current president or from his Republican rivals. I think the 2011 commemoration was mostly restricted to academic settings, apart from an exhibition arranged by the Folger Library. In 1911, the King James Bible was still the version everyone read, and that's no longer the case.
Stephens: Religious studies scholar Stephen Prothero has lamented the degree of American religious illiteracy. Do you think that a lack of religious knowledge, and knowledge of the King James Bible in particular, has negative implications?
Alter: I look at the erosion of biblical literacy as a literary person, and from this viewpoint, it has dire consequences. Especially because the English-speaking peoples have had a strong canonical version of the Bible, it has permeated many of the masterworks of English literature since the later seventeenth century, and without familiarity with the Bible, readers are bound to miss an important dimension of many great English novels, poems, as well as expository prose.
Stephens: I'm fascinated by your discussion of Lincoln's Gettysburg address and the biblical language that lent that famous document some of its gravity. How and why did so many 19th-century writers draw on themes from the King James Bible? 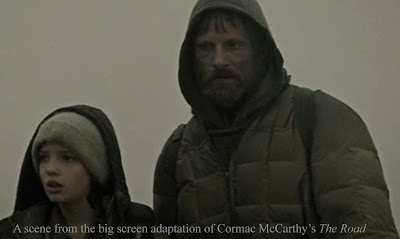 Alter: In nineteenth-century Protestant America, the Bible, almost always in the King James Version, was a constant companion for most people. They not only heard it in church, but very often it was regularly read out loud in the family circle at home. Given the power of the Bible itself and the eloquence of the King James Version, it stamped itself on the imagination of many American writers, even if they broke with the faith of their childhood. It gave them ideas about God, the world, history, and human nature that they wrestled with, and a whole set of images, rhythms, and diction that nurtured their own literary style. Much American writing, from Moby-Dick to Lincoln's speeches, simply would not have the resonance it does without the biblical echoes.
Stephens: As you point out Cormac McCarthy and other contemporary writers still allude to Biblical themes and prose in their work. Is that lost, though, on modern readers?

Alter: I suppose that, given the erosion of biblical literacy, many readers will fail to pick up biblical allusions in the prose of the contemporary American writers who deploy them. There is, however, a certain stylistic power drawn from the Bible that is not dependent on the recognition of specific biblical sources. The compact rhythms and taut diction in the prose of Cormac McCarthy, with its fondness for the use of parallel clauses without syntactic complication, owes a good deal to the King James Version, but a reader may feel the force of the style without actually realizing that it has a biblical source.

Stephens: Could you say something about your current research?
Alter: At the moment, I'm completing a translation with commentary of the Former Prophets, which is the sequence of narrative books from Joshua to Kings that follows the history of ancient Israel from the conquest of the land to the Babylonian exile. It includes the great story of David and a good deal of other exciting narrative material (the Samson story, the Elijah cycle, etc.). It will be a fat volume, scheduled for publication in the spring of 2013.

Anonymous said…
The exhibit organized by the Folger, the Bodleian Library, and the Harry Ransom Center is now touring the country. More details at:
http://www.manifoldgreatness.org/

Anonymous said…
Great interview -- and for those looking for translations that show fidelity to the language and literary nature of the Bible, I can't recommend Alter's translations enough. They're both precise and lovely.
March 24, 2012 at 9:28 AM