Where is the Historiography of the New Religious Left?

Where is the historiography of the New Religious Left?
by Raymond Haberski 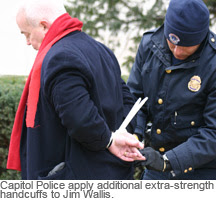 In light of the comments on my post on John Courtney Murray and John Ford, and Tim's poston Rick Santorum's Catholicism, I thought of all the various books I have read and read about and skimmed through having to do with the rise of the Christian Right. Having just completed a book that deals with debates over war among religious intellectuals, I realized how lopsided the scholarship seems to be on recent American religious history. And so, I have a query for our community: what books, essays, lectures capture this history of the religious LEFT since the 1970s?

Let me provide some context for my question. I have referred in the past to a comment that Martin Marty made on Krista Tippet's APM show (now called 'Being') in which he suggested that rarely had a religious group given up so much power with so little resistance as the liberal Protestant establishment had in the post-WWII period. Marty illustrated his point by explaining that when he began to write for the Christian Century in the late 1950s he was told to avoid saying much that was positive about Catholics, yet by the early 1960s, that editorial policy had been reversed as the U.S. slid into an ecumenical awakening. As Robert Wuthnow documented in his useful history, The Restructuring of American Religion, by the early 1970s, the liberal religious establishment no longer had coherence and in its wake a conservative surge had taken its place.

We have had many fine examples of scholarship on the rise of the New Christian Right, among such works are those by Dan Williams (a participant at the S-USIH conference), Bethany Moreton, Darren Dochuk, Lisa McGirr, Kim Phillips-Fein, Patrick Allitt, Michael Lienesch, and even Gary Wills, to name just a few. There are books by leaders of the Christian left--Stanley Hauerwas, Jim Wallis (pictured above being arrested), William Cavanaugh, Cornel West--that serve as examples of their critique of the right, of the nation-state, of war, but were are the historical assessments of their work? James Davison Hunter has recently produced a book,To Change the World, which I have not yet read and it seems to survey and critique Hauerwas's position on issues of church and state interaction, but I consider Hunter as much a participant of the era he surveys as anything else.

Again, where are books about the religious left that are comparable to those on the religious right?
Email Post
Labels: crossposts evangelical center/left intellectual history professional queries religion and liberalism

Brantley Gasaway said…
I posted a similar response over at the US Intellectual history blog. Both David Swartz from Asbury University and I have forthcoming books that offer assessments of the evangelical left.

David's book (University of Pennsylvania Press, due out in the fall I believe) analyzes the roots of the evangelical left in the 1950s and 1960s and assesses its fragmentation through the 1970s and 1980s.

My own work on progressive evangelicalism since the 1960s (University of North Carolina Press, due out in 2013) focuses on Sojourners and Jim Wallis, a journal entitled The Other Side, and Evangelicals for Social Action under the leadership of Ron Sider. I analyze the development of contemporary evangelical progressivism and how leaders have responded to issues of race, gender, sexuality, economic disparities, and American nationalism and militarism.

My argument focuses on the movement's distinctive political philosophy—what I have labeled “a public theology of community” that prioritizes social justice. Their biblical interpretations regarding the common good led progressive evangelical leaders to advocate public policies that distinguished them, of course, from both the Religious Right and political and theological liberals—e.g. they championed affirmative action; supported the Equal Rights Amendment; identified as "completely pro-life"; defended the civil rights of gays and lesbians while (mostly) resisting affirmations of same-sex behavior; urged expansive welfare programs; and campaigned for nuclear disarmament and against American wars.

So David and I are hoping that our books provide a good start for a more robust historiography on the religious left. But there is more to be done.
February 17, 2012 at 12:57 PM

Janine Giordano Drake said…
I'm currently putting this finishing touches on a dissertation on the Religious Left of the 1880s-1930s, and am very excited to be part of a roundtable at the OAH this year that explores this very question (at least in part). It is sponsored by the Labor and Working Class History Association and called, "Religion, Democracy, and the Working Class in Capitalist America, Gilded Age to Present."

As Brantley and David evidence, there are quite a few of us younger historians currently finishing dissertations and completing book manuscripts on the subject. I'd say that we span the gamut of locating origins and key turning points in the 1880s, 90s, 1900s... all the way through the 70s and 80s.
February 17, 2012 at 1:43 PM

Hilde said…
There's also Pamela Cochran's book, Evangelical Feminism: A History (NYU Press, 2005) that traces the emergence and splintering of the evangelical feminist movement from the 1960s.
February 17, 2012 at 2:22 PM

Catherine Osborne said…
I, too, am finishing a dissertation (this coming fall) that touches on some of these questions -- in my case focused through attempts by American Catholics on the moderate-left spectrum to rethink the church (community) and also rethink the church (building). I'm stopping my dissertation in 1975 but looking forward to developing some of this work in a second project which will be on Catholics and conceptions of the city in the 1960s-1980s.

Charles Strauss, now a Lilly Fellow at Valparaiso and a recent grad of UND, is revising his diss into a book on American Catholics and U.S. policy in Central America in the 1970s and 1980s.

Now in terms of work that is actually published! I think some of the Catholic Worker historiography falls under this heading, especially Dan McKanan's The Catholic Worker After Dorothy: Practicing the Works of Mercy in a New Generation. McKanan has a brand-new book out (Prophetic Encounters: Religion and the American Radical Tradition) that, in its last chapters, comes up to a relatively recent period. Scanning my shelf, I also see Ira Chernus' American Nonviolence: The History of an Idea, which is fairly general, and Patricia Appelbaum's Kingdom to Commune: Protestant Pacifist Culture Between World War I and the Vietnam Era. In general I think that an exploration of the roots of the religious left in the 80s and 90s is going to be intensely indebted to historians of nonviolence, so that's a good place to start.
February 17, 2012 at 2:37 PM

Steven P. Miller said…
It’s great to hear more about these works in progress. The history of the recent religious left (and liberalism in general, for that matter) is just beginning to be told, and David’s and Brantley’s books both will make a splash. For what it’s worth, my current book project treats the evangelical right and left in side-by-side fashion and suggests how, at least during the height of George W. Bush’s unpopularity (2005-2008), the evangelical left came to function as a kind of media proxy for the religious left as a whole.
February 18, 2012 at 9:36 AM

Catherine Osborne said…
Thinking a little more about this just now -- some of the work on nuns, e.g. Sarah Taylor's Green Sisters and Amy Koehlinger's The New Nuns, would be of a lot of use in this conversation. There's a nice collection of oral histories called Habits of Change that follows a variety of sisters through to the turn of the millennium -- it's a great resource, though not itself a "history."
February 18, 2012 at 11:15 AM

Lilian Calles Barger said…
I am currently working on a dissertation on the most obvious product of the left in the 1960s, liberation theology. This movement included blacks, Latin Americans, women and white radicals across the hemisphere. I have found that much of the history of the Left leaves out the religious segment that often gave birth to it and fed it. The 1960s feminist movement is one of those areas where the participation of religious intellectuals is minimized to produce a wholly secular movement at odds with religion.
February 18, 2012 at 2:28 PM

Shawn David Young said…
My current work explores the Evangelical Left as expressed in Christian rock and post-Jesus Movement communal living. The research involves a case study on Jesus People USA (a commune located in Uptown Chicago) and their annual Cornerstone Music Festival. Among other things the book considers A) The future of "emergent," progressive Christianity; and B) The rapidly changing world of contemporary Christian music, a genre that is now becoming obsolete. The current shifts in evangelical entertainment will, I argue, have significant implications for how religious "voices" will be heard and understood in the coming years.
February 19, 2012 at 3:23 PM

David Stowe said…
I'm glad Shawn Young wrote in about his work. A recent PhD in American Studies from Michigan State University, Shawn completed a fine dissertation (now a book manuscript) on the theology and politics of JPUSA, a nearly forty-year old and still robust Jesus People community in Chicago. Stay tuned for the book in the next year or two.
February 20, 2012 at 9:52 AM

Adam Parsons said…
I'm currently in the early stages of a dissertation on the Christian World Liberation Front (which David Swartz discusses in his excellent dissertation), and the subsequent lives of its members and fellow-travelers. I'm especially interested in the way tendencies toward radical projects of community-building led to major cultural shifts - shifts which evangelicals from across the political and theological spectrum were caught up in. (Think, for example, about how Anglicanism and Anglophilia increasingly appealed, albeit in different ways, to both conservative homeschoolers and evangelical feminists).
February 20, 2012 at 11:56 AM

David King said…
Kudos to Brantley, David, Steven and others for their good work on filling precisely this gap in the historiography on the "evangelical left.

My own work on the history of the Christian NGO, World Vision (currently the world's largest Christian NGO with annual income over 2 billion dollars), also seeks to analyze a broader evangelical landscape beyond the evangelical right. In looking at World Vision, I see the influences of global evangelicalism on American religious history that help reshape the conversation beyond dichotomies of right and left.

Dusty said…
There are two recent books that examine contemporary liberal evangelicals: Marcia Pally's The New Evangelicals: Expanding the Vision of the Common Good, and James Bielo's Emerging Evangelicals: Faith, Modernity, and the Desire for Authenticity.

Mike Clawson said…
My (still very much in progress) dissertation is on the historical roots of the contemporary Emerging Church movement (including the Neo-monastics), arguing that it is, at least in part, a resurgence of the movement begun by the evangelical left in the 1970s. Seeds were planted then that have taken a generation to bear more noticeable fruit.

Matt Hedstrom said…
In the spirit of self-promoted (and also, perhaps, useful to this conversation) my cultural history of religious liberalism in the first half of the 20th century is in production with Oxford -- due October 2012. It's Matthew S. Hedstrom, The Rise of Liberal Religion: Book Culture and American Spirituality in the Twentieth Century.

I basically try to assess how the liberalism of a late 19th century religious vanguard become commonplace among the middle-class by post-WWII period. I look to the liberal Protestant engagement with the world of books--advertising, book clubs, publishing, libraries, wartime reading programs, bestsellers, authors, readers--as the main mechanism of this popularization process.
February 28, 2012 at 10:58 AM