Race and Religion at the American Studies Association: Ed's Reflections 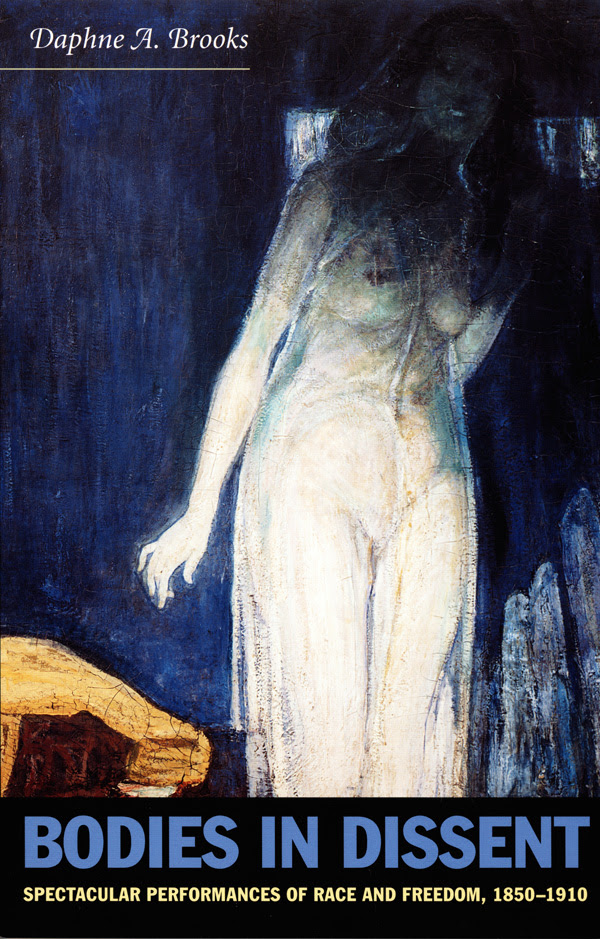 I only went to two ASA panels in Baltimore, and both were fantastic. One was on “performative black Christianity” and it had papers on the sacred and the sonic in James Baldwin’s novel Just Above My Head by Ashon T. Crawley, on sexuality, sensuality, and virginity in the preaching and performance of Juanita Bynum by Terrion L. Williamson, and on Tyler Perry’s “guardian” masculinity by Ronald Neal. Fred Moten, the author of In the Break: The Aesthetics of the Black Radical Tradition, of Duke University commented, and Daphne Brooks of Princeton chaired. Her book Bodies in Dissent should be known by more in American religious history. Her emphasis on corporeal spectactularity in performances of race and freedom is a rich and innovative (such as Henry “Box” Brown using his body – its presence and absence – to dramatize his freedom narrative, and how demonstrations of race and freedom resonated with other cultural performances of “magic” and “spiritualism”). As I heard the terrific papers and the outstanding comments, I kept reflecting on Anthony Pinn’s work on how we make sense of spaces where silence and sound collide and where bodies and no-bodies stand side-by-side. Whether in Terror and Triumph,Why Lord? or in Embodiment and the New Shape of Black Theological Thought, Pinn examines historically and tries to make sense theologically of the complexities of sounds, spaces, and bodies.

The other panel I attended was on race and religion during the 1920s and 1930s. It was an all-star gang of Stephen Tuck, the author of two amazing books on the “long civil rights movement”, Suzanne Smith, also the author of two wonderful monographs – one on Motown, one on funerals and funeral directors … try explaining that one to family and friends who wonder what it is we scholars do (and if Phil Sinitiere is listening, I’d love to see an interview with Smith and with Tuck on their latest books from Harvard) …, and the final one by Alison Collis Greene, whose

dissertation on how Delta southerners made spiritual sense of the Great Depression and New Deal will certainly be blogged about here in the future when it becomes a monograph. The papers dealt with black unbelief (where Stephen Tuck showed how religious wars raged in the 1920s and 1930s among African American church and civil rights leaders), on so-called new religious movements (where Suzanne Smith discussed the life and work of pastor and radio phenomenon Elder Lightfoot Solomon Michaux) and on generational disagreements among African Americans in the Great Depression Delta (where Alison Greene discussed some of the fantastic interviews from black sociologists of young people during the 1930s). Carolyn Dupont of Eastern Kentucky University and I offered comments, which were primarily of the “thank you for writing such great essays and we can’t wait to seemore” variety. Kelly Baker asked some wonderful questions despite our 8 a.m. time slot. We had a great time. Now I’ve got time for some grading and then it’s back to Baltimore for the Southern Historical Association annual meeting.
Email Post
Labels: african american religion blum's posts conferences ed blum religion and race religion and the great depression religious biography