Fracturing the Apocalypse and Gaining my Religion: Some Crossposts for a Monday

Paul Harvey
We've had a good run here for a few weeks on the blog, but may be slow for a little while as the reality of scrambling to keep up with classes, grading, and everything else hits all of us. Anyway, while we wait for the new round of inspiration, here are a few links of note to keep you busy this week.
HNN interviews Matt Sutton about the apocalypse, the furor over his New York Times editorial, and his research in this area here; don't forget our summary of much of this here as well. A little excerpt from an interesting exchange in the interview:

It sounds like there’s a natural political alliance between apocalyptic evangelicals and libertarians. Their objection to Roosevelt, Johnson, and Obama seems to have been ambitious social programs that increase the power of the state because it fits with their apocalyptic narrative.

I think that such an alliance does exist, though I’ve gotten a bunch of angry emails from libertarians this week for lumping them together with evangelical Christians, so they’re not necessarily happy about it. But certainly the anti-statism of libertarianism resonates with the anti-statism of evangelicals, and there are a number of journalists who have been doing work on this recently, looking for links between fundamentalists and the Tea Party.
And there have been stories showing that there are indeed strong connections and strong parallels, though libertarians and evangelicals differ in a lot of things (marijuana, abortion, gay marriage). In terms of anti-statism, though, they have a lot in common, and this is exemplified by candidates like Michelle Bachmann or Rick Perry, who preach anti-statism to both libertarians and evangelicals.

On a different part of the political spectrum, the #occupy (or #ows) movement has generated a great post for us by Janine here (generating a huge number of hits for us thanks to it being picked up by Andrew Sullivan), and more recently a roundup of views and commentary here, by the likes of Nathan Schneider, Anthea Butler, Elizabeth Drescher, and others. On a different albeit related subject, Anthea has posted a wonderful remembrance and appreciation of the Rev. Fred Shuttlesworth here, and Charles Marsh has done the same here.
By the way, as many people have noted, recently Don't Ask Don't Tell came to an end, and lo and behold, the Republic has not crumbled and the military has not disintegrated. On a related unfounded predictions note, the mislabeled "Ground Zero Mosque" has opened, at least on a small scale, and America somehow has not yet succumbed to sharia law. Still awaiting apology from Newt Gingrich and the whole mob of usual-suspect-Islamaphobes for wasting our time with their hysterical culture wars bullshit. Going to be waiting a long time for that one. Maybe it came to their attention how effectively they were skewered in Amy Waldman's novel The Submission. Or not. 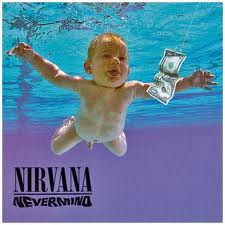 Finally, for something completely different, I meant to blog on this when it came out but just didn't get to it. The new documentary film "Hype," a 20th-anniversary retrospective on "grunge" in general and Nirvana in particular, is sitting in my Netflix queue, but in the meantime a few weeks ago Raymond Haberski put up a wonderful post juxtaposing Nirvana to Daniel Rogers' new massive work of intellectual history The Age of Fracture. Going to graduate school in a college town set in rural Ohio, he concludes:
The undergrads had on two even three shirts tied fashionably around their waists and layered in ways that coordinated colors and patterns. I couldn’t really be against them, I thought; after all they probably like the Seattle sound. And yet, these future masters of commercial culture stood in stark contrast to their neighbors in towns such as Chauncey and Nelsonville, places that had been overlooked and underemployed for decades. Those folks, not the ones wearing the new hip uniform, had much in common with that most famous of Nirvana’s refrains, tragic and fitting as it is: “oh well, so what, nevermind.”
It's hard to summarize the post, so just click on the link and read it, it's more than worth the short time it will take. And while we're on the subject of popular music, here is a reflection on how the recently-deceased group R.E.M. helped one person "lose religion and live a life of faith"'; and here's another, reflecting on how "R.E. M. hung in there and showed what it might mean to stand up to an accelerating debasement of our national culture without giving in to cynicism."
Email Post
Labels: crossposts intellectual history intellectual tradition Islam in America popular religion religion and popular culture rock music