Awards and Prizes for our Bloggers and Friends: The Hits Just Keep on Coming 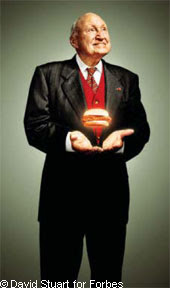 Paul Harvey
On my way soon to the Southern Historical Association this coming weekend in Baltimore, where I will have the distinct pleasure (if my plane isn't delayed, if God wills it) of giving a tremendous award to one of our blog contributors, Darren Grem (Deg), who has been named one of the co-winners of this year's C. Vann Woodward Dissertation Prize, given to the best dissertation in Southern History in any given year. Deg's dissertation is entitled "The Blessings of Business: Corporate America and the Rise of Conservative Evangelicalism." As one of the judges for this year's contest, I had the rare opportunity to survey a large number of dissertations in the field that came out in 2010 (and you wonder where my summer went), and was happy to see southern history in such great shape. There were a LOT of deserving contenders and any number of them could have been named winners -- indeed, I anticipate many will win prizes given out by other professional associations.
A description of Deg's dissertation may be found here. Since most folks reading this won't be at the awards ceremony Friday, here's part of what I will read on behalf of the selection committee:

Dr. Grem’s dissertation “follows the money” of American evangelicalism through the twentieth century, focusing on the relationship between corporate capitalism, southern entrepreneurs, and the rise of evangelical institutions. Individual chapters trace the innovations in funding and Christian entrepreneurship from figures as diverse as Billy Graham, R. G. LeTourneau, the founder of Chic-Fil-A and Hobby Lobby, and evangelists such as Billy Graham and the Wycliffe Bible Translators. The result is a rich and complex analysis which places corporate capitalism squarely within the world of southern evangelicals through the twentieth century, much like C. Vann Woodward himself did with the world of the “Redeemers” and the New South movement. It’s one of the finest and most important works in American religious, intellectual, and economic history that I’ve read in a considerable time, and the fact that it combines all three of those fields I’m sure is one of the things that made it so attractive to Oxford University Press.

Just a couple of other notes here. First, congratulations to blog friend Alison Greene, whose dissertation "No Depression in Heaven: Religion and Economic Crisis in Memphis and the Delta, 1929-1941," was one of the three finalists for the prize, and her work will soon be an oustanding book.

And, I might add, if you survey the list of recent winners of the C. Vann Woodward dissertation prize, you'll find the makings of some of the most important works in southern history published in recent years. Three in particular I'll note. The 2003 winner was our blog contributor and my co-author and co-editor Edward J. Blum, whose dissertation became the landmark work Reforging the White Republic: Race, Religion, and American Nationalism. In 2004 the selection committee picked Chandra Manning's dissertation, which a few years later became a book that has become a staple of my classroom, What This Cruel War Was Over: Soldiers, Slavery, and the Civil War. Then in 2007, Bethany Moreton won the prize for her groundbreaking work that has since become the book To Serve God and Wal-Mart: The Makings of Christian Free Enterprise (Bethany then went on to be one of Deg's mentors at UGA, so the baton has been passed). In short, the C. Vann Woodward prize, both for the recipients as well as for the remarkable list of works that have been named as finalists for the award, has served to bring attention to books that have fundamentally shaped the field of southern history -- and it's no coincidence that religion has been central to a sizable number of the finalists and winners of the award since its establishment.
Just a quite note of irony, as befits the modern founder of the field and the author of The Irony of Southern History: C. Vann Woodward was, of course, one of the greatest historians of the 20th century, and all students of American history will be familiar with landmark works such as Origins of the New South and The Strange Career of Jim Crow. Woodward's focus, as was true of his generation more largely, was usually economic and political history; no one will ever best his scathing portrayal of the "Redeemers" in Origins. Woodward knew little, and probably (as far as I know) cared less for religious history, which is given a reasonable but somewhat perfunctory treatment in Origins. That makes it ironic in many ways how many of the recent winners of the award named after him feature religion centrally in their work; it speaks also to a larger transformation of the field of American history too, I think.

And the same note of congratulations for my partner in crime Philip Goff, whose Center for the Study of Religion and American Culture at IUPUI remains central to the enterprise of American religious history in so many ways. Phil's Center has just received a sizable grant from the Lilly Endowment for a three-year project on "The Bible in American Life," which has many aspects to it and will culminate in a national conference in 2014. Read all about it here. So shout out to Phil for yet another success for the Center.
Email Post
Labels: awards conferences deg's posts professional announcements religion and civic life religion and class religion and economics religion and scholarship Southern Historical Association