Hal Crowther—essayist, journalist, southerner—is upset with his co-regionalists. Indeed, he’s been distressed for some time (see his previous books Gather at the River: Notes from the Post-Millennial South [2005] and Cathedrals of Kudzu: A Personal Landscape of the South [2000]). “Evangelical religion of an extreme stripe—fire and brimstone, biblical inerrancy—thrives in many far corners of the republic,” he writes in a recent edition of the Oxford American, “but the South is its wellspring and its homeland.” He continues, “Feral religion has been the South’s second greatest embarrassment, after race. Unfortunately, they’ve been closely linked.” Terry Jones, the Gainesville preacher who promoted “International Burn a Koran Day,” is just the latest example of southern humiliation that Crowther associates with “[t]he unctuous, nausea-inducing Pat Robertson” and the “Southern fundamentalists [who] have bonded with the Tea party and politicized their pulpits.” Like I said, he’s not happy.

While singing what he calls the “Bible Belt Blues,” Crowther is also searching for “rays of light” that might signal the unbuckling of southern bucklehood. He looks to the Baylor graduate Edwin Gaustad for reassurance that the Virginian Thomas Jefferson had “an undying anxiety of anything that would bring church and state together.” He calls on the UNC biblical scholar Bart Ehrman to explain how “the Bible is a deceptive literary grabbag authored by just about everyone except God.” He wishes that the Jewish philosopher Baruch Spinoza’s conception “of a God inseparable from Nature, from Creation,” would replace the “hellfire Christianity” of today’s mainstream white South. And he finds in his own universalist/pantheist beliefs a model for southerners to keep their religion to themselves. “The important part of religion,” Crowther concludes, “is what you believe when you’re in your room alone, not what you profess to believe in a crowd of believers.” 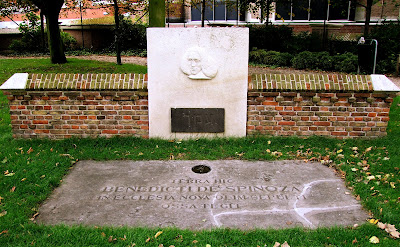 After reading Crowther’s essay a few months ago, the cynical-me wanted to tell Crowther, “Good luck with that, Hal. Good luck making southerners into Emersonians, much less Spinozans. Hell, good luck getting folks to read Spinoza.” The political-me wanted to give Crowther a high-five. And the religious studies/historian-me just had to calm down and appreciate some fine writing.

As someone who spends a lot of time thinking and writing about religion in the American South, I like to go to the Oxford American (the self-described “Southern Magazine of Good Writing”) for perspectives on southern culture that manage to avoid the sappiness of Southern Living and the scholarliness of the Journal of Southern History. I like to ask myself, as Crowther does in his introduction to Gather at the River, “Why, then, are libraries bursting with dissertations on the metaphysics of Southernness, why are panels convened, sages summoned, centers dedicated to the study of the Tao of Dixie? Why is Southern separateness—among the reflective class no less than the belligerent—an enduring strain of separateness no other American region can approach or comprehend?” It’s an old, some might say tired question, but I love asking it and trying to answer it.

In the next week or so, Luke Harlow and I will be releasing the latest edition of the Journal of Southern Religion. The JSR started in 1998 under the editorship of Rodger Payne, now chair of the Department of Religious Studies at UNC-Asheville. Its first issue included Ted Ownby’s review of Paul Harvey’s Redeeming the South and a review forum on Christine Heyrman’s Southern Cross (with reviews by E. Brooks Holifield and Ann Taves). R. Marie Griffith and Joel Martin commented on the film The Apostle and Sam Hill wrote an article called “Fundamentalism in Recent Southern Culture.” Check it out; it’s kinda fun.

Last year, Luke and I relieved Randall Stephens of his editorial duties. If you know Randall, then you know we’ve got big shoes to fill. We’ll be sure to announce the JSR release on the blog.

Paul Harvey said…
Can't wait to see it, guys. Congratulations on keeping the franchise fresh and lively.
September 20, 2011 at 9:26 PM

Edward J. Blum said…
JSR has done great work for a long time. Love the journal and always kick my graduate students over there.
September 21, 2011 at 11:57 AM

Tom Van Dyke said…
Hey, Mike. Looking forward to the followup on yr project. The sort of thing I love to be wrong about. B of L.

I'm troubled by the use of "feral" here; even if apt and deliciously clever, if applied to Islam in Africa or Buddhism in SE Asia, I think it would be unacceptable in a space like this.

Nor do I think Rev. Terry Jones anti-Quran jihad tells us much of value. Whatever his general thrust is illustrative of, the degree is too extreme to be helpful.

Neither do I think fundamentalism is easily explained in a vacuum. Without viewing the entire continuum and including the "liberal" theology to which it's a reaction, we don't learn as much as so much study of the fundies should tell us.

Where orthodoxy is optional, it's soon proscribed, wrote Richard John Neuhaus. This is the live wire in all this.

I enjoyed the links to the reviews of "The Apostle" very much. I forget to say nice things about this blog, for which I apologize.
September 23, 2011 at 2:52 PM