Donald Yerxa and I have taken the editorial reins of Fides et Historia, as editor and associate editor respectively. We look forward to exploring themes that the Conference on 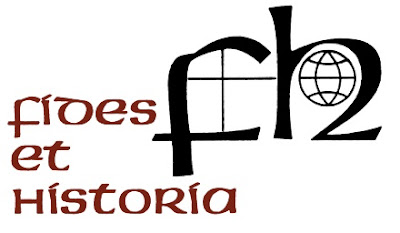 Faith and History has long been interested in, and branching out in some new directions as well.

We're putting together the Summer/Fall 2011 issue now, which will be available in November. This includes forums on religious belief and the historian's craft as well as a series of review essays and dozens of book reviews. Future issues will include a roundtable on "Beyond the Protestant Nation: Religion and the Narrative of American History"--organized by Chris Cantwell, with Robert Orsi, Richard Bushman, Catherine Albanese, Wallace Best and Lila Berwin--and another roundtable on bracketing faith and doing history. Fides will also continue to feature research articles and occasional interviews. Back and current issues will now be available through ATLA and EBSCO.

Here's our first table of contents (and the new cover that I designed):

From the Editor
Donald A. Yerxa 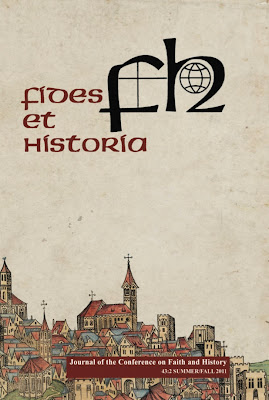 Coming to Terms as a Christian Historian with F. H. Bradley
Mark A. Noll

The Wrong Question! Please Change the Subject!
David A. Hollinger

A Response to Bushman, Gregory, and Noll
Bruce Kuklick

On Teaching with God in America
Randall J. Stephens