Skip to main content
Labels
Posted by Paul Harvey May 23, 2011

Women, Vatican II, and the Remaking of American Catholicism 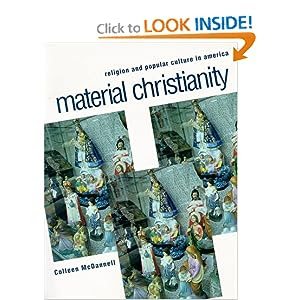 I'm very happy today to post this guest contribution from Julie Ingersoll, well known for her contributions to Religion Dispatches, where lately she's been following the doings of Christian Reconstructionists and Tea Party Patriots (and the connection between the two). Julie is the author of Evangelical Christian Women: War Stories in the Gender Battles, and is currently writing a book on Christian Reconstructionism.
But today's post is about something very different. Below, Julie gives some thoughts on Colleen McDannell's new book The Spirit of Vatican II: A History of Catholic Reform in America. Colleen will be well known to many blog readers here for previous works such as Material Christianity: Religion and Popular Culture in America, and Picturing Faith: Photography and the Great Depression. Colleen's new book is both an academic as well as a very personal reflection on the role of Vatican II in the lives of American Catholics. Also, for some other reflections on the book (and interviews with the author), see here, here, and (from the Salt Lake Tribune paper) here. A bit down the road on the blog, our contributor Kathleen Sprows Cummings will give us her thoughts on the book as well, but for now, thanks to Julie for these reflections.
_______________________________________________________
Women, Vatican II and the remaking of American Catholicism
by Julie Ingersoll

“Where are the people?”

That’s the question historian Colleen McDannell always asks. In her new book, The Spirit of Vatican II: A History of Catholic Reform in America, (Basic Books, 2011) she gives us a distinctly new view of those reforms to America’s largest denomination. Part institutional history, part social history, part family memoir—and in places strikingly funny-- McDannell’s story has a very special person at its center: her mom, Margaret.

Instead of a traditional “church history” that explores the history of doctrine and the conflicts and negotiations among church leaders --all of them male—McDannell traces the impact of Vatican II on the people in the pews. This shift in focus gives us a glimpse into the religious lives of laypeople, especially women.

McDannell begins with the daily life of Catholics under Vatican I with Margaret’s immigrant grandmother who came to the U.S. in the late 1800s. Margaret herself grew up during the rise of the parochial school system intended to keep Catholic children separated from Protestantism. The practice of Catholicism was formal and stiff; ordained men were in charge and laypeople rarely questioned them. The Mass was said on behalf of the people, in Latin, by a priest with his back to the congregation.

Women’s roles were so limited they were even prohibited from participation in the choir that sang during mass. Of course, no women were part of the Vatican Council’s deliberations (toward the end some women were permitted to listen). McDannell writes:

None of the reporters who covered the opening of the Council noted the irony of the crowd of over two thousand men dressed in lace and silk solemnly striding into St. Peter’s on the feast day of the Maternity of the Virgin Mary without being accompanied by a single woman.

Vatican II brought an emphasis on lay leadership; the priest now faces the congregation; the Mass, in the US, is said in English. Women serve as lay leaders and the roles permitted to lay leaders, whether male or female, are greatly expanded. Traditional hymns are now often replaced with contemporary music and church architecture represents these changes materially.

With this shift in authority toward laypeople, Vatican II empowered women and created in them a sense of the significance of their own voices in terms of parish life, religious practice, and even political issues. While remaining conservative, Margaret’s views on issues like the anti war movement and the civil rights movement were tempered by her church life. Catholics came to see themselves, as McDannell describes them, as “deciding people” even on official church positions on issues such as birth control:

“As father Bill was finishing up Mass with a list of announcements, he looked out at his uncomfortable flock. “Well…regarding…and then came a pause and a big smile; “Big Daddy says no!”

Nancy (one of McDannells’ interviewees) never forgot the moment. “The place roared and everyone clapped and laughed,” she reported. Pope John Paul VI had just announced that artificial birth control would remain off limits. “that was the sign of the times,” Nancy observed, that so few at St. Jude’s took the pontiff’s conclusion seriously that day.”

This is a great book on the impact of Vatican II in the daily lives of American Catholics’ as well as changes in the Catholic influence on American culture and politics (there’s so much more than what I can include here).

McDannell also raises important questions about what counts as “religion.” We often privilege the ideas of leaders without even realizing that those make up the religion of only a few. And religious leaders are all too happy for us to consider them the sole authorities on what counts in their traditions. But, in de-centering religion to examine the cultures, practices and material dimensions, McDannell gives a much more complete picture—a picture that includes real life Catholicism.

Kevin M. Schultz said…
Great post, and thanks for the reflection. It moves McDannell's book up on my reading list.

It's funny: when I teach the American Catholic Experience to undergrads, so few of them have heard of Vatican II. I ask them to ask their parents and grandparents about it, and then they come back with the idea that they hadn't known about this transitional thing. It's great. Now we've got a book that does something similar.
May 23, 2011 at 8:02 PM