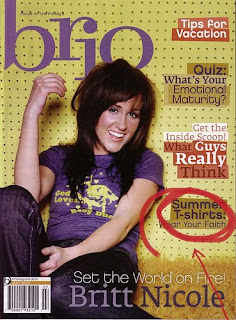 And the beat goes on (and on and on). As I continue to put together the list of my favorite scholarship/scholars on gender, women's history, and masculinity for NWHM, I find that hesitate more and more about my choices, their inclusivity/exclusivity, and what they say about me as a scholar: What have I read? What do I need to read? What do I leave out? Why do I like Protestants so much? (That one has an easy answer). What is my lingering fascination with American Catholics? How might I find the good gender scholarship beyond my own research interests?

As commentators have noted, my list is primarily filled with scholarship about white Protestants and Catholics, which is certainly true. I write primarily about white Protestant men and women, so my list does skew that way. This does not give me a free pass, but our readers should know that the list is my favorite hits in gendering American religious history, and thus, it is not a universal, or even close to canonical, list nor should it be viewed as such. These are works that I have deeply respect, admire and even love. They urge me to be a better gender historian. Their questions become my lingering questions. As I write about masculinity and femininity, I reflect on these as lessons on how to do gender analysis, as models for emulation, and as nourishment and encouragement in my own attempts to make gender a primary category of analysis within my religious studies training. Overall, the series functions for me to highlight what I consider to be good work on gender and religion (often Christianity) and encourage you to enjoy the scholarship I list.

What this means is that I hope our readers will continue to list their choices in the comments section. Several folks have already contributed via comments and email, so THANK YOU! I will post your suggestions as an addendum to the Gender and the American religious historian series (available here and here). Please continue to list your favorites or email me your picks.

11. Tracy Fessenden is one of my favorite American religious historians, hands down. Her Culture and Redemption was an inspiring work that challenged the secularization thesis by showcasing how secular can functions as “stealth” Protestantism. She is also the co-editor of the The Puritan Origins of American Sex. In my classes, I assign her “The Convent, the Brothel, and the Protestant Woman’s Sphere,” from Signs, in she argues that anti-Catholicism functioned as tool to maintain the Protestant domestic sphere, so enforcing boundaries on nuns and prostitutes became a way to preserve pure, white womanhood.

12. Marie Pagliarini’s “The Pure American Woman and the Wicked Catholic Priest: An Analysis of Anti-Catholic Literature in Antebellum America,” from Religion and American Culture documents how analyzing gender helps us understand historical practices of intolerance. Moreover, religious intolerance works best when historical actors seek to protect innocent womanhood from some dangerous, religious threat. I cannot wait to read her article entitled, 'And the Word was Made Flesh': Divining the Female Body in Nineteenth-Century American and Catholic Culture" in the same journal.

13. Julie Byrne’s O God of Players is a cultural history of Catholic women’s basketball, which emphasizes the physicality and joy of play for these Catholic girls. The Immaculate Mighty Macs negotiated their identities as young Catholic women in the physicality of the sport but also understood the game as a Catholic enterprise. Byrne’s work showcases the fluidity of religious identity as well as the ways in which basketball problematized as well as reinforced notion of Catholic womanhood. I’ve blogged about the book previously here.

14. Heather Hendershot’s Shaking the World for Jesus is not only a good primer for those of you interested in evangelical use of media, but also contains one of the best interrogations of evangelical chastity programs for teens. Using Focus on the Family’s teen magazines for boys and girls, Hendershot shows the dangers of “eruptive” male bodies and “contained” female bodies, and importantly, documents how teens negotiate chastity in their own lives. Chastity events prove to be some of the only co-ed excursions, but the emphasis on purity for teenage women is a larger burden to bear than their male counterparts.

15. Kristy Nabhan-Warren’s The Virgin of El Barrio appears often of my Religions in the U.S. syllabus. It is an ethnography of Estela Ruiz, her vision of the Virgin Mary, and her activism and missionizing. Nabhan-Warren documents Ruiz to showcase not only her life and her visions, but also the blending of Catholicism and evangelicalism in Ruiz’s ministry. Moreover, Nabhan-Warren doesn’t shy away from gender dynamics of the ministry, and she illuminates the complicated relationship between Ruiz, the Virgin Mary, and her family.

16. Margaret Bendroth’s Fundamentalism and Gender was one of my earliest endeavors into understanding the relationship between Christian women and fundamentalism. Her work traces the idea of female subordination in fundamentalist practice, and she demonstrates how the idea of subordination, which seems so necessary to fundamentalism, oscillates between a mandate placed upon all women to loosely enforced dictate, especially when women are needed to fulfill quasi-leadership roles. Moreover, she stresses the fundamentalist attachment to masculinity as necessary to the Christian doctrine as well as the masculine nature of recruiting. This book was one of the first to make me realize how gender is a necessary category of analysis in religious studies. In addition to this work, she is also the co-editor of Women in Twentieth Century Protestantism and the author “Why Women Loved Billy Sunday: Urban Revivalism and Popular Entertainment in Early Twentieth Century America” in Religion in American Culture.

17. Janet Moore Lindman’s “Acting the Manly Christian: White Evangelical Masculinity in Revolutionary Virginia” in William and Mary Quarterly is an excellent discussion of how white evangelical men in the South redefined masculinity in Christian terms. Southern manhood did not necessarily fit with the evangelical norms of piety, and thus, these evangelical men redefined themselves as suffering saints rather than gambling toughs. Evangelical manhood was defined in negative terms, in the ability to abstain rather than give in to worldly pleasures. Moreover, Lindman documents how evangelicalism, however, embraced the hegemonic power of white manhood despite the emphasis on suffering and Christian soldiers.

White and her contributors explain the many struggles that black women faced as they began to enter the profession in the 1960s and 1970s–the obligation placed on many to serve their communities rather than their intellectual ambitions; the scoffing and disbelief they faced in white and black male mentors who were mostly hostile to their interest in women’s history; the stresses of entering work environments in which the other people who look like them are all secretaries or janitorial staff; the racism and sexism of students who walk out of their classes and refuse to recognize their intellectual and professional authority; the cluelessness or plain old racism of overwhelmingly white feminist scholarly communities; and the never-ending suspicion of other historians that black women’s history can never be “objective” if it’s written by black women.

Heath said…
Kelly, thanks so much for posting these. I have enjoyed reading them and appreciate all the work you've put in to crafting them!
March 29, 2011 at 12:27 PM

Kelly J. Baker said…
Heath, I'm glad that these have proved not too painful :) In all honesty, it is a lot of fun to write about scholarship that inspires. Thanks for letting me know!
March 29, 2011 at 6:10 PM