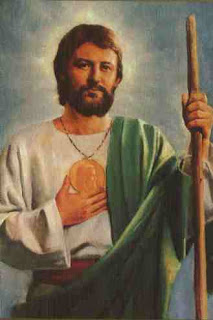 By Kelly Baker
As mentioned in my post recently, I want to highlight the scholars who take gender and women seriously in American Religious History for National Women's History Month. Below, I have provided my first four scholars, and these are the folks that I find most pivotal when I think about the power of gender history to inform and change American religious history. As one might tell, I have favorite pieces of scholarship from each, and each has a large body of scholarship to draw from. The ones I highlight are the ones that influence me most deeply as a scholar.

Here are they are:
1. Ann Braude, of course, is at the top of my list. Her works include Radical Spirits: Spiritualism and Women's Rights in Nineteenth-century America (2001), Sisters and Saints: Women and Religion in America and several edited collections, notably Transforming the Faiths of Our Fathers: The Women Who Changed American Religion. Her essay, "Women's History is American Religious History"(1997) is required reading. In this piece, she argues that women's history is central to the narratives of American religions, and that common descriptors like secularization refer to men's roles and decreasing presence in churches rather than abandonment wholesale of Christianity. For Braude, religious history looks different from the perspective of women, and this needs to be accounted for in our tellings and retellings of American religious history. Again, I wonder how many have taken seriously her call of the gendered nature of our categories of American religious historiography.

2. Pamela Klassen's work on religion and maternity is one of my currently most assigned pieces in my gender classes. While I don't assign the whole of Blessed Events: Religion and Home Birth in America (2001), I do assign her “Sacred Maternities and Post-Biomedical Bodies” from Signs. Klassen's analysis of home birth tackles one of the most problematic areas for feminist theory, pregnancy. Her article presents the ways in which home birthing women describe their bodies and what is "natural" as well as what is supernatural about birth. Her explorations of what is at stake in the natural clearly shows how pregnancy is socially constructed and biological. Just because we assume biology doesn't mean it is. Klassen deftly showcases how the biological becomes paramount in the case of pregnancy, but home birthing women graft social and religious meaning on their bodies as well. They might be "postbiomedical bodies" but they are social bodies as well.

3. Marie Griffith's work on Women's Aglow also appears quite frequently in my classes in American religious history and gender. Much like with Klassen, I don't assign the whole of God's Daughters:Evangelical Women and the Power of Submission (1997).Instead, my students read "Submissive Wives, Wounded Daughters, and Female Soldiers…” from David Hall's edited collection, Lived Religion in America. This haunting piece on the power of submission to God in the lives of women often troubles my students. That discomfort allows for good analysis and equally compelling discussion. I am also deeply in love with Born Again Bodies (2004), which emphasizes the importance/significance of bodies and food in American religious history. Griffith's assertion of the danger of slimness in religious circles to emphasize certain white, female bodies and the corruptedness of differing bodies stayed with me long after I finished this work. The centrality of bodies to theology also made me rethink my own approach to white, male bodies in my own work. (Griffith has just been named the director of the John C. Danforth Center on Religion & Politics at Washington University in St. Louis.)

4. Robert Orsi's “ ‘He Keeps Me Going’: Women’s Devotion to Saint Jude Thaddeus…” in Religion in American History: A Reader is another constant in my classes. This article is a portion of Thank You, St. Jude: Women's Devotion to the Patron Saint of Hopeless Causes (1999), which is my favorite book, hands down, by Orsi. Every time I read this article, I find some new layer of complexity from the lovely interweaving of immigrant history, the Catholic Church's position on women in newsletters, and the material relationships of the women to St. Jude. He writes, "Women...created and imagined themselves, manipulating and altering the available grammar of gender" (349). Moreover, Orsi poignantly notes, "Women believed that they became agents in a new way with Jude's help" (349). Women believed in agency, but Orsi seems less convinced. This line proved particularly fruitful to my students this semester as they struggled with the question of agency and the desire to see agency even if there is none. Belief in agency startled them and me, and we wondered how St. Jude operates. We pondered what does the attachment to the patron saint of lost causes really mean for women, for Catholicism, and for our class.

Historiann said…
Thanks for this rundown, Kelly, and thanks for bringing Pamela Klassen's and Marie Griffith's work to my attention. One of the people I've always admired is Catherine Brekus--what do you think of her work? I thought her first book was a really brilliant re-discovery of some really important women's history that both evangelical and feminist historians have selectively avoided.

I'm also glad to see some Catholic history on your list. (I work with Robert Orsi's son, Jared, who is also a fine historian and a great colleague and friend.)
March 16, 2011 at 11:26 AM

Kelly J. Baker said…
No problem. Klassen's book is a complicated beauty. My students don't know what they think about gender by the time they finish it, and I find myself drawn to her muddying of biological and social in her analysis of pregnancy.

Catherine Brekus will be appearing in part two, and yes, I think her work is groundbreaking and significant. _Strangers & Pilgrims_ forces American religious historians to engage what assumptions drive our narratives and why Brekus's forgotten pilgrims are lost.

Why do you think Brekus's work has been avoided by evangelical and feminist historians? I have suspicions but I wonder what you think.

Also, I have a lingering fascination with Catholic history. I am by and large a historian of Protestants (very white male and occasionally female Protestants), but the richness of Catholic history and its importance to American history means that I find it useful in classes and in my own scholarship.
March 16, 2011 at 12:12 PM

John L. Crow said…
Thanks for the post. I don't know if she is on your list, but if not, I would like to mention Molly McGarry. She is at UC Riverside and the author of Ghosts of Futures Past: Spiritualism and the Cultural Politics of Nineteenth-Century America (2008). She builds on Braude's Radical Spirits in so many great ways, even using queer theory in one of her chapters, delving into gender ambiguities in Spiritualism and Theosophy. I don't see her book getting much mention and I think it is a shame. She really has some great things to say. Thanks again. I look forward to future parts.
March 16, 2011 at 8:09 PM

Historiann said…
Kelly, it's been a decade or more since I read and reviewed Brekus's first book, but I think the reason evangelical women preachers have been ignored is that they fit neither into liberal feminist nor conservative evangelical visions of American history. They're too conservative for the feminists to embrace (contra the Quakers or 18th C Baptists, for example), and they stand in stark contradiction to modern conservative evangelical teaching about women's place in the pews & not the pulpit.

I also wonder if this is due in part to the divsion that you're attempting to negotiate, which is not just that American religious historians are reluctant to talk about women & gender, but also that feminist scholars have largely abandoned religious history. In my period, Sue Juster and Brekus are some of the only feminst scholars I can think of doing this kind of work. I myself thought I might be a historian or religion when I started grad school in 1990, but that seemed pretty played out in my field (esp. pre-1800 Anglo-American history) and gender and sexuality studies were so much more interesting to me than thinking about Perry Miller and the Half-Way Covenant.

Modern U.S. historians seem much savvier about bringing feminist studies and religious history together, whereas the divide seems much greater to me in pre-Civil War American history. But, maybe that's just my perspective as a colonialist--maybe from the other side of the divide it feels as bifurcated as it feels to me in my period.
March 17, 2011 at 10:51 AM

Judith Weisenfeld said…
Thanks for this useful post and I look forward to the next installments. I'm struck by the absence of scholarship on women of color in the list. Certainly, some of the texts do include African American women in particular and a few are attentive to broader questions of race. Nevertheless, a list like this might include Evelyn Brooks Higginbotham's influential *Righteous Discontent,* as well as a few others.
March 17, 2011 at 11:33 AM

Kelly J. Baker said…
Judith, yes, there is an absence, and hopefully, this will be remedied somewhat by part II (coming soon). What I would say is that these are the works that most influence my own, not necessarily a prioritizing of all ARH gender scholarship. I hesitated in my choice to number the scholars because it might seem such. I am not sure I would be the best authority on that anyway. Thanks for noting this because it is important.

John, now, I will check out McGarry's work. Thanks!

Historiann, that is a great summary of the situation. I am not sure it is only a problem for colonialists. Since I work in the twentieth century, I think the assumption is that we all *get* gender, so why dwell? Thank you.
March 17, 2011 at 2:52 PM