Gender and Religion in American Culture 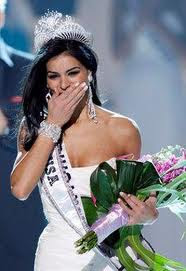 For the spring semester, I am enjoying a rare privilege for lecturers, teaching a senior seminar. I am teaching Gender and Religion in American culture. This is basically a crash course for our majors and non-majors in the intersections between gender and religion, gender as analysis, and the complicated relationships between religion and sexuality in the U.S.. The course is reading heavy and requires a fairly substantial research project. Yet, it is only a sixteen week course, so I couldn't possibly cover all I might want to.

Here's a glimpse of the syllabus:

Description: This course covers the role of religion in lives of American women and men, gender as a category of analysis for the study of religion, the often-conflicted relationship between religion and sexuality, and perhaps most importantly, how religion and the religious construct, reconstruct and deconstruct gender norms. Religion informs gender, but gender also informs religious discourse. American men and women practice and live religion, and thus, religion cannot be separated from the sexed bodies we inhabit. Gender matters.

We will examine the pivotal role of religion in defining and constructing gender from Puritans to Salem Witch Trials to Spiritualism to muscular Christianity (including modern constructions of religion and sport) to contemporary debates over sexuality and abstinence to home birth to LGBTQ concerns to gender performativity. We will use historical and modern case studies to explore both the nature of femininity and masculinity in the religious lives of Americans.

Assignments: Research Project and Presentation, Gender as Analysis Paper (autobiographical paper on how gender impacts you), and a Field Visit.

The full syllabus is available here.

For this course, I am relying upon experiential and autobiographical assignments, so I'll post later about what happens. This is a new practice for me, and I think perhaps a concept like gender might make more sense if students have to apply it analytically to themselves. I've already done this. Selfishly, I want to think more about the role of autobiography in scholarship, so I am testing this out on my students as well as myself.

For readers of the blog, what might you assign for a gender in American religions course? What am I missing? What might be added?

Just a quick note to say, I did rely upon articles rather than books to expose students to many styles of gender scholarship in differing subfields (history as well as sociology, etc.) and topics rather than taking a solely historical approach.