Remember, Remember the 29th of November


American history contains many anniversaries – some good, some bad, some remembered with 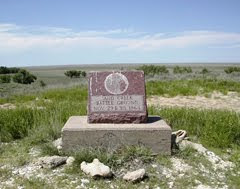 parades, some remembered with shame, and some often forgotten. Today, November 29th, marks the 146th year anniversary of the Sand Creek Massacre, a tragic event in 1864 Kiowa County, Colorado in which some 700 men of the Third Colorado Cavalry under John Chivington surrounded and attacked a village of Cheyenne and Arapaho Indians. After the gun powder blasts settled, at least 150 Native Americans lay dead.

Of all the locations in the United States National Park Service, the Sand Creek Massacre National Historic Site is the only one to include the word “massacre” in the title (though the 2005 historic marker called it the “Sand Creek Battle Ground,” picture taken from National Park Service website). Yesterday this piece of American history was brought to my attention by the compelling and engaging book Custerology: The Enduring Legacy of the Indian 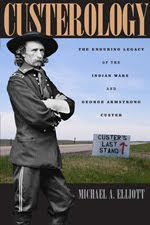 Wars and George Armstrong Custer (2007) by Emory English professor Michael Elliott. Elliott’s book is an artful blend of ethnographic fieldwork and history of the life of Custer and his spectral-like legacy that looms over the thousands of Americans who are fascinated by his life, military career, and – perhaps most of all – his death. Locating the power of memory and public history of Custer enthusiasts in the land he walked, rode, and lived upon, the memoirs he and his wife left behind, and the immense appeal of the unknowns surrounding his famous death, Elliott deftly explores “Custerology” – or the “historical interpretation and commemoration” of all things Custer – as a site of the inherent and “collective ambivalence” of the relationship between the United States and “the indigenous peoples who have lived within its borders.” To accomplish his task, Elliott interviewed members of the Little Bighorn Associates (a group of American history/Custer aficionados), spent time with Steve Alexander (a living historian of Custer’s life), talked with local Native Americans, and dug deep into the primary sources and existing historiography surrounding Custer. The result is an enjoyable read on a sometimes disheartening, but always fascinating topic.

Established in April of 2007, the Sand Creek Massacre National Historic Site calls attention to what contemporary National Parks Director Mary Bomar called one of “the tragedies that affect our national consciousness.” About 500 hundred were present at the site’s dedication, including Cheyenne and Arapaho leaders who turned out on April 28th for the ceremony. Typically when I think of America’s National Parks system and religion, my mind conjures images of John Muir sitting near Yosemite’s Cathedral Rocks writing defenses of his beloved landscape or tales from the Park-to-Park Highway’s first “pilgrims” in the 1920s West in search of spiritual rejuvenation (perhaps this due to my love of Ken Burns documentaries). The Indian Wars’ so-called “clash of cultures” elucidates contentious moments of American religious history, and its memorialized sites bring into focus religious intolerance, violence, and resistance. Though not the most lovely way to begin the week, this somber note certainly complicates popular public history narratives of the grand first Thanksgiving between friendly pilgrims and Indians near Plymouth Rock.

David G. said…
Thanks for this post. UC Davis historian Ari Kelman is completing a manuscript on the Sand Creek massacre in memory that should be fantastic, and should complement Custerology fairly well in the growing literature on the Indian Wars in American memory.
December 3, 2010 at 10:23 AM