More on the Lower Manhattan Mosque

Following up on Paul's post . . . (and apologies for more on a topic that many readers here are probably sick to death of) I paste below some recent comments on the lower Manhattan Mosque debate. There seems to be as much ranting and raving out there as actual calm, reasoned 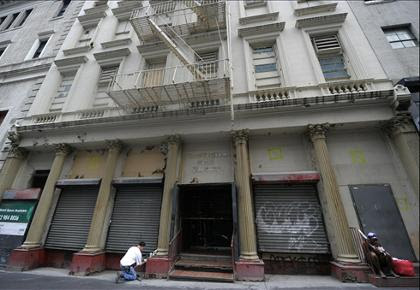 discussion. (Watch the overheated Aug 16 debate on PBS's NewsHour.) Obviously for some politicians the whole issue is a tar baby. Others hope to score big cultural cognition points by sounding off on it.

I've been wondering why more pundits have not been asking some basic questions, like . . . why are so many Americans--60% to 70% polled--so easily equating all of Islam with terror and with the 9-11 attacks? Every Southern Baptist is certainly not an abortion clinic bomber.

"As a citizen, and as president, I believe that Muslims have the same right to practise their religion as everyone else in this country. That includes the right to build a place of worship and a community centre on private property in lower Manhattan, in accordance with local laws and ordinances."* - Barack Obama

"The First Amendment protects freedom of religion. Senator Reid respects that but thinks that the mosque should be built someplace else."* - Office of Senator Harry Reid

"Ground Zero Mosque supporters: doesn't it stab you in the heart, as it does ours throughout the heartland? Peaceful Muslims, pls refudiate."* - Sarah Palin

"In every religious community, one of the things that has happened over the course of immigration is that people get settled and eventually build something that says, 'We're here! We're not just camping.'"* - Diana Eck

"You can study Islam at virtually any American university, but you can’t even build a one-room church in Saudi Arabia. That resistance to diversity, though, is not something we want to emulate, which is why I’m glad the mosque was approved on Tuesday."* - Thomas L. Friedman
Email Post
Labels: Islam in America randall's posts religious pluralism religious tolerance and intolerance