It’s the second week of the semester, and already three students with questions about Dan Brown’s forthcoming bestseller The Lost Symbol. I tend to shrug off most references to the world’s most famous symbologist, Robert Langdon. “It’s certainly enterta 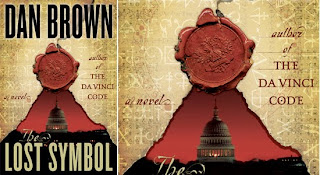 ining,” I’m apt to say, “and definitely more historical than ‘Ice Road Truckers’.” I’ll even admit to the student (or the odd friend or family member) that I read The Da Vinci Code during a beach vacation after a long year of graduate school. But that’s it… I’m not going there… Moving on…

Until now. Based on the recently released cover of The Lost Symbol, it looks like we’re in store for a rise in the number of queries about the influence of Freemasonry in American history and its lasting impact in the 21st century. Move over National Treasure Part One and Two (and Three?), there’s a new Grand Master in town.

Fortunately, there’re also a couple of books that can help us (or at least me) speak about Freemasonry without too much sarcasm and with at least a little confidence 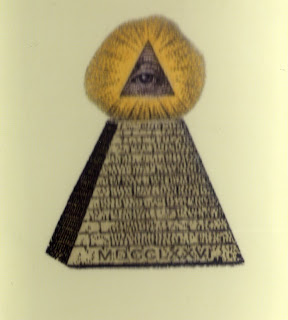 . Steven Bullock’s Revolutionary Brotherhood: Freemasonry and the Transformation of the American Social Order, 1730-1840 (UNC Press) is a good place to start. More recently, Catherine Albanese’s A Republic of Mind and Spirit: A Cultural History of American Metaphysical Religion associates Freemasonry with the likes of Mormonism, Universalism, and Transcendentalism because of their common preoccupation with the power of the mind and the democratizing effects of their respective societies. Here are a few more books on the subject, though I can’t vouch for their quality (I’m just the messenger): Corey Walker, A Noble Fight: African American Freemasonry and the Struggle for Democracy in America (Univ. of Illinois Press); Jessica Harland-Jacobs, Builders of Empire: Freemasonry and British Imperialism, 1717-1927 (UNC Press); William Moore, Masonic Temples: Freemasonry, Ritual Architecture, and Masculine Archetypes (Univ. of Tenn. Press); and Clyde Forsberg, Equal Rites: The Book of Mormon, Masonry, Gender, and American Culture (Columbia Univ. Press).

However, if the new semester’s already got you down and you’re looking to avoid another rough read of the latest must-read monograph, then you might consider Katherine Howe’s The Physick Book of Deliverance Dane. Now, I’ll be the first to admit my guarded skepticism at the academic quality of any book to be reviewed in the Washington Post, USA Today, Boston Globe, and the Christian Science Monitor, not to mention a book with a trailer, an author interview on ABC’s Good Morning America, and a few weeks on the New York Times Bestseller List. Is it that I don’t trust popular taste? Or am I just jealous?

But here’s the kicker—Katherine Howe’s one of us. She’s a doctoral candidate in American and New England Studies at Boston University with a dissertation entitled (at least a 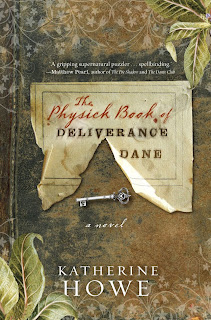 ccording to the program website) “Witchcraft in North America through Primary Sources.” Okay, so the dissertation doesn’t sound all that sexy (isn’t it a rule that dissertation titles are supposed to sound uninteresting?) But the first chapter of Physick Book is the scene of a Harvard grad student’s comprehensive examinations in history, during which, for a moment, I thought I saw a footnote to David Hall’s Worlds of Wonder, Days of Judgment, John Demos’s Entertaining Satan, and Carol Karlsen’s Devil in the Shape of a Woman. Did I mention that Physick Book is about the Salem witch trials, a subject with a reputation for silliness that might even surpass that of masonry?

Howe writes Physick Book with one foot in the academic world and the other in the bookselling world. Those who’ve read the standard dozen or so books on Puritanism will know when Howe is waving the scholarly flag. There's even a bibliography for further reading on the Physick Book website. Grad students (and the recently graduated) might get a kick out of the main character’s confrontations with her dissertation committee members and source materials. And most everyone should be entertained. "But you don’t have to take my word for it…"
Email Post
Labels: mike's posts religion and literature religion and popular culture

John G. Turner said…
Mike, I'm excited about Howe's book in particular. Thanks for the recommendation.
September 8, 2009 at 1:04 PM

Paul said…
If you want to read a book about the same era as Howe's, but nonfiction, read Lew Turco's "Satan's Scourge".