I spent the month of May completing an abbreviated version of Matt’s fundamentalist/evangelical archive tour, visiting the Fundamentalism File at Bob Jones and the Billy Graham Center at Wheaton. I’ll second 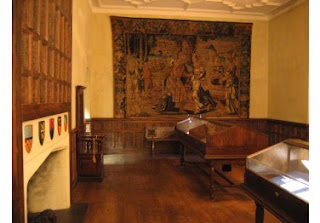 the multiple commendations of Patrick Robbins and the staff at BJU – coffee in the morning and M&Ms in the afternoon make a day in the archives much more pleasant. I did make a fundamentalist faux pas one morning when I showed up to the BJU track in a sleeveless running shirt – a prominently posted dress code emphasized “NO TANK TOPS.” Fortunately I had a T-shirt stowed in the car and made a quick change before I scandalized any Bob Jones coeds. Other than that, I had a great week in Greenville, mining the Fundamentalism File’s extensive collections and paging through a number of evangelical and fundamentalist periodicals.

The Billy Graham Center is, as Matt noted, unmatched among evangelicalism archives. Wayne Weber and Bob Shuster know the collection inside and out, and they are eager to help. Like BJU, The Graham Center archives offers free, unlimited scanning – a boon for any researcher. I enjoyed wandering through downtown Wheaton when the archives closed, as well; I catalogued my notes and scans at a lovely coffeeshop (where I overheard earnest undergrads debating the Sotomayor nomination) before walking over to a bar (downtown Wheaton’s one and only!) to watch the NBA playoffs.

And, to answer Randall's query, I have done research in the archives at Liberty University. My first visit was nine years ago, when I was working on an undergraduate thesis about Jerry Falwell. Beginning my trend of violating fundamentalist college dress codes, I showed up in khakis and a polo shirt at a time when ties were still required for male students. (Being an undergraduate myself, I didn’t have a tie in my car. So I spent the day absorbing cold stares from Liberty students disdainful of my rebellious spirit.) The “archives” at that time consisted of a bunch of bo 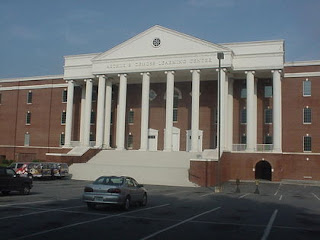 xes in a dusty room, almost completely uncatalogued. The librarian turned me loose and told me to photocopy whatever I wanted (for free!). I came across a trove of Falwell sermons from the 1960s (including the oft-cited “Ministers and Marches” sermon in which Falwell excoriated civil rights protesters). Inexperienced and unprepared, I made only a handful of copies and came away with a scant set of notes. When I went back to Liberty as a graduate student six years later, I showed up in a tie, only to learn that Liberty had eliminated the tie requirement. Oh well -- better to be overdressed. A newly-hired archivist was processing the old boxes, and the catalog was incomplete. But I could only look at items in the catalog, which didn't include many of the documents I ran across on my first trip. I knew what I was looking for but couldn’t find it – a supremely frustrating experience. I assume Liberty has processed many more archival boxes in the intervening three years. But for now, I’m left with sketchy notes and a sense of regret. I wish someone had told me, forcefully, to photocopy as much as I could! Still, the experience of discovery as I waded through the Liberty archives nine years ago convinced me to become a religious historian, and I’ve been thankful for that inspiration ever since.
Email Post
Labels: evangelicalism museums and archives

Matt Sutton said…
Try as I might, I can't stand coffee, and donuts are a ploy by the devil to tempt me into sin, nevertheless the M&Ms truly put BJU over the top in the user-friendly category! How could I have forgotten those!
September 6, 2009 at 10:34 AM