Where There Is Death, There Is Religion 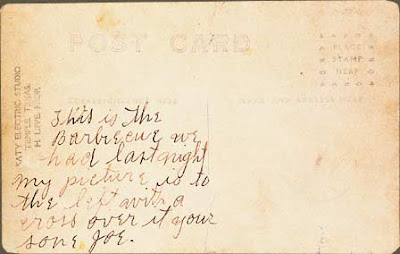 Two recent publications—Vincent Brown’s The Reaper’s Garden: Death and Power in the World of Atlantic Slavery (HUP 2008) and Amy Louise Wood’s Lynching and Spectacle: Witnessing Racial Violence in America, 1890-1940 (UNCP 2009)—pay close attention to the relationship between death and religion in the history of the Americas. Taking a cue from anthropologist Katherine Verdery’s claim that “Death is the quintessential cosmic issue,” Brown shows in terrible detail how death dictated life for Africans of Jamaica, the island at the heart of British colonial slavery during the seventeenth century. Wood advances to th

e twentieth century in her portrayal of the cultural practices associated with the spectacle of lynching in the United States and the ritual performances that resulted in thousands of deaths.

Whether in colonial Jamaica or the Jim Crow South, the connections between death and religion seem so pervasive, so obvious, so quotidian, that Brown and Wood hardly labor to unite the two experiences. Making sense of death, at least in these two cases, required rites and practices that rarely occurred in the institutional confines of churches or fell under clearly defined categories of denomination. As Wood demonstrates, the “symbolic power” of lynching was a consequence of the “deliberately performative and ritualized” actions of white mobs and “their sensational representations in narratives, photographs, and films.” Similarly, Brown tracks how “intense disputes about custom, authority, and religion play out within final rites of passage,” while at the same time capturing how “mortuary politics mediated group cohesion, property relations, struggles to give public influence a sacred dimension, contests over the colonial moral order, and efforts to politicize local geography and history.”

While illuminating much about the relationship between death and religion, Brown and Wood also demonstrate the interdisciplinary effectiveness of combining history and anthro 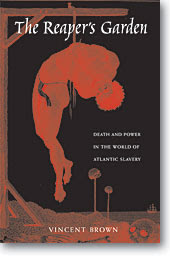 pology to make sense of the past. Wood puts the two methodologies to outstanding use in her chapter entitled “A Hell of Fire Upon Earth: Religion,” wherein she confounds the traditional distinction between the sacred and the profane in her description of the 1885 lynching of Harris Tunstal behind the Methodist Episcopal Church of Oxford, Mississippi. With comparable effect, Brown’s prologue begins with the story of a group of black women singing a song to Europeans arriving for the first time at Jamaica. The song went, “New-come Buckra/He get sick/He tak fever/He be die/He be die.” “Buckra,” it should be noted, meant both “master” and “demon” in West African usage. I could go on, or you can just read more for yourself. Suffice it to say that The Reaper’s Garden and Lynching and Spectacle capture both the ordinary and extraordinary dimensions of death in ways that blur definitions of religion and academic discipline.

Side note:
Check out these links for more on the history of lynching in America, many of which can be put to use in the classroom.

rjc said…
Thanks for bringing these books to our attention, Mike. They both sound excellent.
July 23, 2009 at 8:45 PM

Randall said…
Great post, Mike. Amy's book is a tremendous work of scholarship and a captivating read to boot! The chapter on lynching will be particularly interesting to readers of this blog.
July 24, 2009 at 10:47 AM