Within minutes, the news of Michael Jackson's rush to the hospital and abrupt death at age 50 was heard around the world. Brian Williams lead of the evening news was to have been the passing of Farrah Fawcett (also today) which was suddenly trumped by the death of the King of Pop.

Hour-long specials have already aired. MTV is replaying Jackson's music videos. Youtube is lighting up with the moonwalk to recapture the magic of the wunderkind of dance. Expect a steady stream of long commentaries on the striking talent and career of Michael Jackson. Hear quotes from music celebrities old and new about the legend. Wait for the new revelations about the reclusive eccentric that will resurrect the myths surrounding the man and spin new theories of his oft bizarre behavior. On the heels of his own life will be speculation about his children's future.

Two things I wish to add.

Watch the beginning of the video Thriller and find a statement from Michael Jackson - a religious statement.

"Due to my strong personal convictions, I wish to stress that this film in no way endorses a belief in the occult. Michael Jackson"

He left his Jehovah's Witness faith behind for the most part, but discussion of his religious orientation will show up at least briefly. Let's see what kind of memorial service will be performed.

Did Michael Jackson leave any instructions about his passing? What might we learn about his religious convictions?

And another thing. Michael Jackson is being remembered as a Black entertainer. This will be interesting to see how this plays out in emerging pop history. Specifically, it seems that Jackson was the first Black person to have a video played on the then-new MTV network. Michael Jackson, breaking free from the Motown label with his brothers to go to Epic, developed a solo career that expanded beyond racially constricted circles. His scarcrow in The Wiz with Diana Ross and Nipsey Russell was an African American counterpart to the original MGM Wizard of Oz film, but his breakout televised performance of Billie Jean on Motown's 25th Anniversary where he first performed the Moonwalk moved him beyond being an entertainer only for Black audiences. The music found in both Off the Wall and Thriller topped all music charts and played across the radio spectrum. 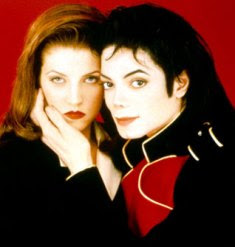 Yes, Michael Jackson was Black. But his career was fully mainstream. Jackson avoided politics as far as I can tell (can someone correct me on this?), so he has not been associated with initiatives to further Black causes, Black rights, or Black issues.

In the end, watch for race and religion in our newest, and perhaps most comprehensive, public discussion of Michael Jackson in the coming days.

DEG said…
Re: MJ's politics. I think I remember reading that MJ either performed at Democrat events or gave money to the DP, but wasn't any more active than that. Like a lot of other pop stars, he was involved in a goodly bit of humanitarian aid endeavors back in the 1980s, if you want to count that as politics.

You certainly took me down memory lane with the controversies surrounding his presumed affiliations with the occult. MTV was banned in my hometown, in part because local parents still thought videos like "Thriller" advocated satanism and MJ encouraged androgeny (along with the hair metal bands of the early 1980s). Thanks to that, I continually get ribbed by my wife about my 1980s musical illiteracy.
June 26, 2009 at 7:40 AM

Erkin said…
I’ll miss you. I grew up listening to his songs, watching his dance. I hope, your songs will live in our generation.. You will be remembered through your music forever. Everybody loves him from all over the world! Rest in peace…
June 27, 2009 at 3:12 AM

Eoin O'Brien said…
You keep saying 'white icon' throughout the report. What do you mean? The beatles are white icons?You focus on race. The Beatles are about music, not skin colour, so they're not a white icon. Same goes for Michael Jacskon. I think he could be best described as someone who trancended race.
July 5, 2009 at 11:13 AM