God is not Dead

In 1966, Time magazine made waves by proclaiming that “God is Dead.” Now Newsweek is trying to do the same thing. Last week’s cover story is entitled

“The Decline and Fall of Christian America,” by editor Jon Meacham. The story is based on the American Religious Identification Survey (which we have blogged about below). “This is not to say that the Christian God is dead,” Meacham writes, “but that he is less of a force in American politics and culture than at any other time in recent memory. To the surprise of liberals who fear the advent of an evangelical theocracy and to the dismay of religious conservatives who long to see their faith more fully expressed in public life, Christians are now making up a declining percentage of the American population.” As much as I appreciate Meacham’s interest in religion and the fact that he sells a helluva lot more books than me, his articles never seem to be as original or as profound as he thinks they are. While numbers of adherents are changing, I am not yet convinced that religious conservatives are losing their ability to mobilize their troops or to raise the money they need to influence the political process—especially since the survey shows that the mainline denominations are faltering, not evangelical churches. In fact, we might read the survey the other way. While Christianity is becoming more polarized itself, conservatives are becoming increasingly dominate.

Nevertheless, Meacham was not the only one burying the idea of Christian America last week. Speaking in Turkey, President Obama said "one of the great strengths of the United States" is that it does not consider itself "a Christian nation or a Jewish nation or a Muslim nation. We consider ourselves a nation of citizens who are 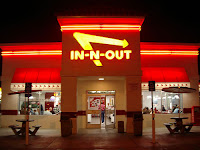 bound by ideals and a set of values."

Hmmm. On the one hand I am glad that Obama is decoupling the nation-state from an explicit religion. After all, how can a nation be “Christian?” I have long wondered what makes any non-human entity Christian. Is there a Christian hamburger? My vote would have to be for In-N-Out burgers (monster style) since they put Bible verses on the bottoms of their Coke cups. What about a Christian football team? We know the Denver Broncos are no longer “Christian” since they made the Antichrist their new coach and then he traded their savior to Chicago. But the more significant point Obama raises is Americans’ common commitment to a particular set of “ideals and a set of values.”

What are those values? After two-plus decades of culture wars, and a few years of torturing our prisoners, do we really have a fundamental set of ideals and values? No. The nation is as divided as ever.

God is dead, however, to former Los Angeles Times reporter William Lobdell. The New York Times has a fascinating new review of his book detailing his conversion to Christianity and then his move away from the faith. In the same issue, the Times has also reviewed God is Back, which, of course, challenges the idea of Christian (and religious) decline.

So what have I learned in the last ten days? To dream that someday In-N-Out will make it to eastern Washington and to start shopping for a new football team. Those are my values.

Anonymous said…
As a life long Kansas City Chiefs fan, I can tell you with absolute certainty that the Denver Broncos were never "Christian." And if anything, they became perhaps more "godly" when they fired that madman Shanahan.
April 24, 2009 at 9:00 PM

In-N-Out burgers aren't Christian, because they print bible verses on the bottom of their cups, but because they're heavenly. Oh, how I miss In-N-Out. How did you make it when you lived here in Oakland County?
April 25, 2009 at 11:56 AM