Palin and the Pastors 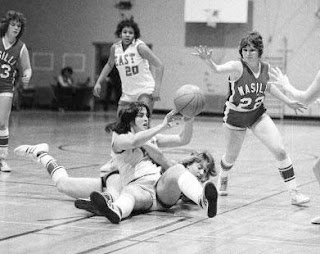 For those of you who missed it, Sarah Palin has (in my mind) done the unthinkable. She has resurrected the Jeremiah Wright debate, telling Bill Kristol (in this morning's New York Times):

“To tell you the truth, Bill, I don’t know why that association [Obama-Wright] isn’t discussed more, because those were appalling things that that pastor had said about our great country, and to have sat in the pews for 20 years and listened to that — with, I don’t know, a sense of condoning it, I guess, because he didn’t get up and leave — to me, that does say something about character. But, you know, I guess that would be a John McCain call on whether he wants to bring that up.”

I did not think that it was fair to critique Palin (or Obama) for past associations. But if she is going to go after Obama over Wright, let the games begin. I suspect that things are about to get pretty ugly.

John G. Turner said…
First of all, everyone should breathe easy and realize that these "problems" aren't going to cost Obama the election. It's too much of a Democratic year.

But I don't understand why past associations aren't fair game in presidential politics. This certainly isn't unthinkable. In my mind, Obama doesn't speak openly and candidly about his past relationships. One has to suspend disbelief to accept that Obama knew so little about the opinions of his former pastor and someone who helped him in earlier stages of his political career. Of course, one has to suspend disbelief to believe that McCain understands anything about the economy. One also had to suspend disbelief to believe the GOP wouldn't bring up Jeremiah Wight. If Wright had emerged in January instead of later in the campaign, Hillary Clinton would be crowned president next month. Obama didn't win a lot of primaries after his association with Wright hit the news.

Do I think any of the stuff about Palin or Obama's past matters as much as policy on Iraq / Afghanistan and the financial meltdown? No, but if you can separate truth from slime (very hard), past associations are a relevant piece of information about political personalities.
October 6, 2008 at 9:30 PM