Portraits of Hate, Lessons of Hope 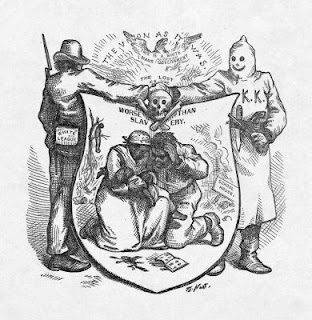 Recently while reviewing textbooks for my Religions in the U.S. class, I found myself getting more and more frustrated at narratives of progress and triumphalism while underplay the role of conflict in American religious history. For anyone familiar with my work, this should be no surprise (and this is likely a tired lament of mine you have heard before). Anyone who works on including the Klan as a viable religious movement in American culture tends to predisposed to looking for the seamy side of religious experience. As I looked through some of the texts, I craved any mention of intolerance and violence. Where were those very real trends that also mark our history?

An addendum to whatever text I chose will be the Portraits of Hate, Lessons of Hope website created and designed by Lynn Neal and her students at Wake Forest University. Lynn brought together graduate and undergraduate students to discuss the history of religious intolerance in the U.S., and the website is the fruition of their efforts. Portraits of Hate uses visual imagery to tell the stories of anti-Catholicism, Antisemitism, anti-Mormonism, the Klan (the order merits its own page), and the process of dehumanization. The images depict common prejudices about a variety of groups but also the commonalties between attacks on different groups. Sexuality emerge 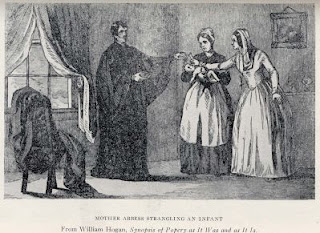 s as a consistent theme from fear of lecherous priests to polygamous Mormons. The site provides an excellent teaching tool to get our students to think about interaction between religious peoples and types of conflict that arises. The images also allow them to see how the same tropes are recycled in the twenty-first century against other groups, especially Muslims. Portraits of Hate demonstrates that alongside progress, intolerance has also festered. To tell the stories of the religious nature of our nation is to embrace both. Lynn writes:

However, while many remain unaware of the scope of contemporary religious intolerance, even more fail to realize that it has been a persistent theme in U.S. history. From the very start of European settlement, religious groups—Catholics, Native Americans, and Pilgrims—viewed the world in different ways, which led to forced conversions, if not religiously “justified” conquering and killing. Similarly, many laud the Puritans as the epitome of religious freedom—they left the Netherlands and England to avoid religious persecution and built what is now the Commonwealth of Massachusetts. However, many neglect to consider how the Puritans built a religiously intolerant society—they banished religious dissenters like Anne Hutchinson and they hanged Quakers like Mary Dwyer. Religious freedom for the Puritans meant the freedom to be a Puritan. Failure to understand this dimension of American religious history makes it difficult for people to understand the present vitality of religious intolerance. It then becomes easy to write off acts of religious violence as aberrant and random, rather than as constituent parts of a larger historical trajectory. Consequently, this gap in our historical knowledge fuels apathy about the protection of religious rights and an inability or unwillingness to talk about religious violence. If we do not begin to learn about this unsavory part of our history, little or no substantive change will occur to promote greater peace between religions and increased tolerance of religious difference. 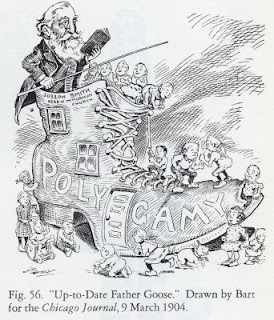 k of knowledge and awareness, this spring (2008) a group of nineteen students in my class, “Religious Intolerance in the United States,” undertook the creation of a web-site designed to educate people about the history of religious intolerance in the United States through images of religious hatred. Together the students collected the resources, conceived of the site, and created the content for this venture. Portraits of Hate, Lessons of Hope provided the class with a way to put their learning and commitments into action—to bridge our classroom learning and our cultural problems in a positive way. As a learning community, we believe in the power of education and discussion to create positive social change. In her preface to The New White Nationalism in America, Carol M. Swain writes, “White nationalism thrives by its willingness to address many contemporary issues and developments that mainstream politicians and media sources either ignore entirely or fail to address with any degree of openness or candor” (xv). So, too, does religious intolerance thrive on our unwillingness to acknowledge its present and historical reality. This site is our attempt to fight religious intolerance. We must begin to educate ourselves and others about religious intolerance, provide conceptual tools for thinking about it, and establish forums for discussing it. Hate groups already have web-sites advocating for their causes, as responsible citizens can we do any less?

Bill Harshaw said…
Interesting, but maybe one-sided? After all, I believe there are religious texts which might seem to justify hate, even if the politically correct version is "hate the sin, love the sinner". Many find that difficult to do. (In my youth, I certainly hated the Eastlands, Thurmonds, and Helmses of this world.)
August 27, 2008 at 2:26 PM

Kelly J. Baker said…
The issue of religious texts is a difficult one to handle, and one could argue that religious texts justify violence and intolerance as well as counteract these currents. Regina Schwartz's work, for example, examines biblical text and narratives of violence.

Moreover, in recent years, religious groups have responded to the label of being intolerant by claiming that they are the victims of intolerance, especially regarding the issue of sexuality. (I am not even getting into the debate about the rhetoric about "hate the sin, love the sinner.")

What the website is trying to demonstrate is that religious intolerance is still alive as well as historical precedence. Currently, the site has dramatic examples of intolerance, and I think the more mundane instances of intolerance might be harder to document.
August 27, 2008 at 4:06 PM