Here at Religion in American History, religion and sports gets regular attention.

With the Olympics right around the corner, I figured there might be some interesting material available for discussion. Alas, I found a page at the official Olympics website that details places of worship for athletes and/or spectators. The page reads, in part: 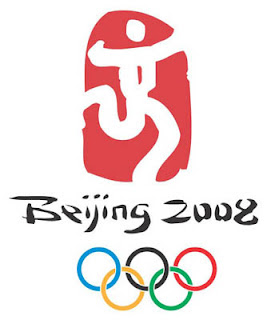 The question of religious freedom and religious pluralism in China of course has a long and contested history to it. The issue of Tibet still endures, for example, the future of Christianity in China remains a subject of some speculation, outlined in a recent Frontline documentary, and late last year the issue of Bibles and the Olympics emerged, as Religion Clause reported.

Art Remillard said…
Great post, Phil! And thanks for the Frontline link. I hadn't seen this one, and it looks like the entire documentary is online.

Although not directly about religion and the modern games, I like Dyreson's _Making the American Team_ and Guttmann's _The Olympics_. The former in particular does an outstanding job of linking the Olympics with the creation of an "American way of life." If memory serves, Guttmann's _From Ritual to Record_ deals with the ancient games, contrasting them with modern sports.
August 3, 2008 at 4:50 AM

Art Remillard said…
PS--Bill Baker's _If Christ Came to the Olympics_ is a collection of his lectures prior to the Sydney Olympics. It has been a while since I read the book, but it is very brief and reflective.
August 3, 2008 at 8:10 AM