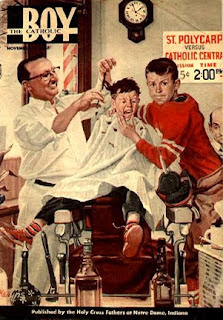 I come across quite a few pictures of Roman Catholic priests in my line of work. I’m an historian of American Catholicism who specializes in the history of the priesthood during the nineteenth century, so I guess it makes sense that I’ve seen my fair share of sallow faces resting atop all sorts of outfits, from fancy fringed cassocks to austere woolen sacks. But after all these years of rushing through dusty archives and scanning illegible texts for “the good stuff,” I guess I’ve forgotten how to stop and smell the roses, or, in this case, stare at some old guy.

Pick up any book about Catholicism written over forty years ago and you’ll find that almost all of the illustrations bear the faces of pope after cardinal after bishop after priest after deacon after brother after alter boy. Collared men in robes were all the rage. And then everything changed when Pope John XXIII had the bright idea of giving his church a fresh haircut in the form of a Second Vatican Council. All I’ve got to say is, “what does a bald man know about haircuts, anyways?” Apparently quite a bit, because Catholic historian after Catholic historian systematically cut the clergy out of their new social histories of “the people,” culminating in 1985 when Jay Dolan and Robert Orsi changed the field of American Catholic studies forever with their two groundbreaking books The American Catholic Experience and The Madonna of 115th Street. The nail in the coffin of old Father Frowny Face came when nuns and sisters started to let down their hair and Catholic historians started to pay attention to the incredible lives of women who used to wear habits.

And the rest, as they say, is historiography. But what if historians decided to retrain their eyes toward the old institutional histories of Catholicism, only this time looking through the theoretical and methodological lenses of recent scholarship? Of course, I don’t mean to say that the study of the Catholic priesthood is dead (Leslie Tentler’s Catholics and Contraception comes to mind); it’s just that there are a lot of dead men who could use a makeover.

To get you started on the road to rewriting the rewritten history of American Catholicism, I thought I’d introduce you to a few men in my life. Mind you, these are all relatively well-known clergy. I find that some of the most fascinating, flawed, heroic, pathetic, human priests are usually the ones without photos or paintings to go along with their stories told in maybe one or two letters to a local bishop. 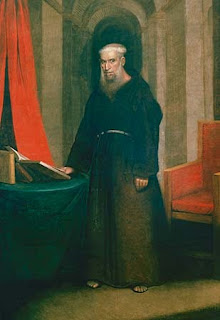 Antonio de Sedella (1748-1829), a.k.a. Pére Antoine. Spanish Capuchin friar and pastor of St. Louis Cathedral in New Orleans. Rejected the authority of the Spanish governor when he established the inquisition. Rejected the authority of the first bishop of Baltimore and the pope when he refused to relinquish his pastorship of the cathedral. Lover of women and father of children. Owner and baptizer of enslaved Africans. Freemason. Subject of recent archeological dig. Popularized side-Antoines until a guy named Burns came along and ripped off his style. Abram Ryan (1838-1886), a.k.a. The Poet-Priest of the South. Son of Irish immigrants and Old Virginny. Member of Vincentian Order. Confederate chaplain and brother of killed Confederate soldier. Author of some the Lost Cause’s favorite poems “The Conquered Banner” and “The Sword of Robert E. Lee.” Subject of a recent biography. Suffered from catoptrophobia (fear of mirrors). 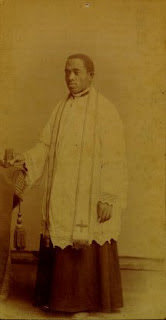 Augustine Tolton (1854-1897), "mistaken" a.k.a. The First Black Priest of the United States (see James Augustine Healy, ordained in 1854, second bishop of Maine). Born into slavery in Missouri. Believed to have fled with mother to the free state of Illinois during Civil War. Forbidden to enter American seminaries. Studied for the priesthood in Rome. Considered missionary vocation in Africa. Pastor of black congregation in basement of white church. Died in Chicago. Subject of republished biography. Dressed in his Sunday best. 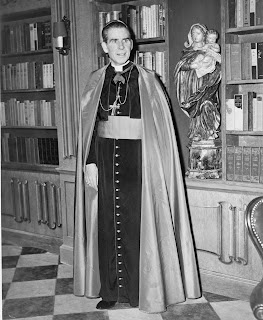 Fulton Sheen (1895-1979), a.k.a. The First Great Catholic Televangelist. Small-town Illinois boy trained at the Leuven. Host of the syndicated T.V. hits “Life is Worth Living” and “The Fulton Sheen Program” from 1951 to 1968. Currently under consideration for canonization. Argued that people who don’t believe in angels are Communists. Wore capes, for crying out loud! Definitely DID NOT suffer from catoptrophobia.
Email Post
Labels: books catholicism mike's posts new orleans word and image

Not only is this fabulous information and interesting history, it reminds us yet again about how powerful the visual is in our line of work--whether on a television screen, computer monitor, or photograph--and gives us interesting ways to think about it.

Judith Weisenfeld said…
On the question of the first "black" priest, if one goes by the "one drop rule," then Healy qualifies as such. However, he had a complicated relationship to American constructions of race and did not , as I understand, identify as "black." Your post raises important questions about shifting constructions of race across time in American history, about the intersection of race and religion in different contexts, and about the relationship between self-identification and scholarly conclusions about identity.

On the Healys, see:

Mike Pasquier said…
Judith, you're absolutely right about the Healy family and their complicated relationship with 19th-century conceptions of race. The same could be said of de Sedella and Ryan, and any priest of the nineteenth century for that matter. This is exactly the kind of question I hoped this post would provoke. Thank you so much! To further illustrate your point, the NY Times obituary of Healy did not mention race at all: http://query.nytimes.com/gst/abstract.html?res=9404EFDA153FE433A25755C0A96E9C946197D6CF

Your comment also brings to mind the need for historians to be more diligent in situating priests within particular historical and social contexts. There is sometimes a tendency to conceive of priests as JUST priests (that is to say, official representatives of the church who rarely stray from orthodoxy and even more rarely allow themselves to be influenced by "the world"). Of course, there are exceptions to this observation, but not many.