Well, I finally received my course evaluations from my students, and they more or less related what I thought they would. Most students liked the variety that the “uncoverage” approach offered, particularly how we alternated between films, music, lectures, and discussions. They also enjoyed – to varying degrees – the course’s final assignment and how it offered an out-of-class opportunity to review material instead of having to do so via a final, comprehensive exam. Concerning whether the course helped them attain a greater appreciation for the subject matter, most students affirmed that it did, although a noticeable number averred that the course’s design and/or assignments prevented their grasp of the material. The workshop essays seemed like “busy work” for about a dozen of my students, and a strong majority recommended that they either be changed in format or dropped altogether. Not surprisingly, the reading quizzes were not appreciated and described as “nit picky” and “irrelevant to [the course’s] other assignments.” Overall, however, the students seemed to like the experiences that uncoverage offered, even if they remained skeptical of its full benefits or resentful of the workload.

Course evaluations are, of course, completely de-contextualized documents and, as such, some have to be read with a grain of salt. Who knows what the real reason is for some evaluations, particularly the ones that flame the course or the instructor. But, taken in general, they can offer some good critique and, in my case, I agree with most of the ones my students made. When considering my experiment with uncoverage this term, I have come to some conclusions about the pedagogy that I will certainly use to revise the course for next time around. They are:

1) Workload – For me, more work was required at the planning stages, but once the term got going, it was comparable with previous terms (although admittedly a little much at term’s end). For students, it was certainly a challenge. Some did not think the workload was too demanding, while others were completely swamped. Personally, I don’t think you’re working if you’re not working over 30-40 hours a week on your schooling. But, since a number of my students also work full-time or part-time outside of school, I’ll probably drop a number of assignments or reframe them to make them less time-consuming. This leads me to the next point. . . 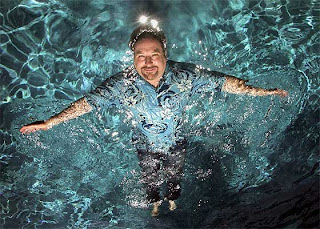 2) Purpose-driven work – Rick Warren would be proud. I think that some of the assignments – particularly the essays – lost their gleam, both for them and me, because they weren’t as purposeful as they should have been. Sure, they were able to work on their grammar and style (and I saw significant improvement in both among a number of students). But, writing an essay per week can get repetitive and predictable – as can grading them – which tended to undercut a real benefit of uncoverage, namely offering students a chance to “dig” into documents. Given that, I will most likely write questions that will direct their readings of the documents in the future. These will be “purpose-driven” assignments, which explicitly state which historical/critical thinking skills they’re working on and then try to develop those skills in ways that weekly essays simply don’t.

3) Exams – As much as I don’t want to admit it, I think exams need to have a place in an uncoverage class. The reading quizzes tested whether they read the assigned selections, but did little to ensure actual learning. Exams may or may not do this either, but they do offer an opportunity for students to know what they’ve synthesized over the course of a month or so. I didn’t have an assignment that did that in the course, and I think three or four exams in a term would do that. So, quizzes out, exams in.

4) A/V Selections – The students loved these, and I liked seeing their gray matter humming when they were analyzing the film and music selections. Some will be retained and shown in full (Sister Aimee, This Far By Faith, Pluralism.com) while I will use selections from others (Black Robe, The Ten Commandments, Jesus Camp, etc.). I may use these to supplement lectures instead of just having stand-alone days for these A/V selections, but all in all, the films and music I used in the class are here to stay.

5) Course design – Having separate days for A/V viewing, lectures, and discussions led to a bit of disjointedness between classes. Likewise, leading off with A/V viewings left some students floundering for the main points of a section until I provided them to them in a follow-up or concluding lecture. So, in the future, I’ll probably lead off with lectures, give some scaffolding for a given section, and then follow them with A/V viewings and other supplementary exercises.

All in all, I think the uncoverage approach offers much for anyone wanting to teach an elective in American religious history. Taking cues from uncoverage techniques – such as workshops and A/V selections – are a marvelous way to focus on issues that a coverage approach might have to drive-by. In turn, you can use a workshop or A/V day to supplement a lecture or replace one, offering variety to the in-class and out-of-class experience for students or offering different ways to make the same points. This, however, has to be balanced with an eye toward synthesizing material for students, so that they don’t get lost in a forest of disconnected topics and points. The final assignment certainly does that, but a more traditional lecture can also be valuable tool in an uncoverage course, making students follow the leader a bit so they might later get more out of their own readings and self-led examinations of course material.

Regardless, if you decide to try it out, I would offer this final thought. Uncoverage offers a lot of valuable options, and its predominant value is in its options. So, if or when you do it, make those options work for you and your students. Next fall, I will try to make it work for a new elective on post-1945 America. We'll see how it goes and, if you're curious, feel free to contact me.
Email Post
Labels: catholicism deg's posts teaching philosophy teaching resources