God on the Brain

How did religion evolve over the ages? That’s a loaded question for many of the faithful. Even to raise it seems to answer a host of other larger questions. Economists, neuroscientists, and psychologists who have devoted attention to the study of religion are undaunted. 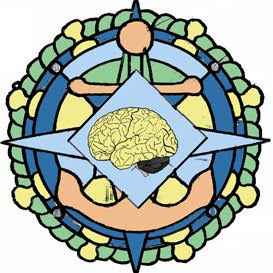 According to a March 19th article, "Where Angels No Longer Fear to Tread," in The Economist, a new research initiative may shed some new light on the matter:

“Explaining Religion,” as the project is known, is the largest-ever scientific study of the subject. It began last September, will run for three years, and involves scholars from 14 universities and a range of disciplines. . . Religion cries out for a biological explanation. It is a ubiquitous phenomenon—arguably one of the species markers of Homo sapiens—but a puzzling one.

Of course, as a historian, this line of reasoning seems foreign to me. Historians and religious studies scholars tend to bracket out these larger issues in the interest of analyzing what people did or said. Maybe that’s a reaction to flatfooted 20th century functionalism, which tended to reduce religion to the product of something else. Perhaps, too, there is a suspicion among historians concerning the explanatory power of science. What can biology and neuroscience teach us about what we study?

The Economist piece describes the work of

Nina Azari, a neuroscientist at the University of Hawaii at Hilo who also has a doctorate in theology, has looked at the brains of religious people. She used positron emission tomography (PET) to measure brain activity in six fundamentalist Christians and six non-religious (though not atheist) controls. The Christians all said that reciting the first verse of the 23rd psalm helped them enter a religious state of mind, so both groups were scanned in six different sets of circumstances: while reading the first verse of the 23rd psalm, while reciting it out loud, while reading a happy story (a well-known German children's rhyme), while reciting that story out loud, while reading a neutral text (how to use a calling card) and while at rest.

Dr Azari was expecting to see activity in the limbic systems of the Christians when they recited the psalm. Previous research had suggested that this part of the brain (which regulates emotion) is an important centre of religious activity. In fact what happened was increased activity in three areas of the frontal and parietal cortex, some of which are better known for their involvement in rational thought. The control group did not show activity in these parts of their brains when listening to the psalm. And, intriguingly, the only thing that triggered limbic activity in either group was reading the happy story.

As someone who knows nothing about this sort of thing, but is intrigued, my first thought was, Huh??? Can historians and other scholars in the humanities use data like the above? How would they incorporate it? How would it inform their studies?

One clue might be in the work of Daniel Lord Smail, whose 2007 book, On Deep History and the Brain (University of California Press) called for:

fundamentally new ways of thinking about our past. He shows how recent work in evolution and paleohistory makes it possible to join the deep past with the recent past and abandon, once and for all, the idea of prehistory. Making an enormous literature accessible to the general reader, he lays out a bold new case for bringing neuroscience and neurobiology into the realm of history.

However, I have not seen this trickle into the larger profession.
Email Post
Labels: randall's posts religion and science

Rebecca said…
A friend of mine works on this from a psychological perspective--his name is Daniel Helminiak and he's at West Georgia University.
March 27, 2008 at 4:57 PM

Randall said…
It would be interesting to hear historians dialog with people in this field, whether researchers from psychology or some branch of biology.
March 27, 2008 at 7:31 PM

Art Remillard said…
I noticed that Ann Taves has a forthcoming article in _Religion_, “‘Religious Experience’ and the Brain.” She seems to be venturing into this new territory.

A few years ago, I took a stab at the whole religion and cog. sci. thing, reading Pascan Boyer et al. I had hoped to incorporate it into the then dissertation. But I just couldn't do anything other than plug-and-chug with it. And my standard crew of religious theorists seemed better suited for what I was doing. For now, I'll blame myself for not being creative enough and wait for someone else to show me the way.

That being said, I do use this material in the classroom. Paul Bloom's _DesCartes' Baby_ is perhaps the most lucid and interesting account of the subject. The proposition that religion is part of our evolutionary past is provocative. I can count on generating discussion as to whether religion is "just in our heads," thus an illusion. Or whether a supreme being (like the Moon Princess), gave humans a spiritual antena.
March 28, 2008 at 3:37 AM

rjc said…
This is a fascinating topic, I think, and one that I'm not sure what I think about it. I do think that we will be seeing people starting to find ways to integrate cognitive science and studies of the brain and mind into more humanistic and cultural studies through a variety of methods and perspectives.

I just read an article online at The American Scholar on a topic somewhat similar -- how literary scholarship might incorporate cognitive science. The article is here: http://www.theamericanscholar.org/sp08/literature-boyd.html

RE: Ann Taves, this isn't really a new topic for her; she's been interested in cogsci and psychiatric studies for a long time (relating to multiple personality disorders in particular), and it is that interest that was the impetus for her Fits, Trances, and Visions_, a book that might give an indication of at least one way that historical studies might begin to take account of this work.
March 28, 2008 at 9:59 AM