Who are the Puritans? Or Why I Teach American Religious History As I sit at my desk between classes, this meme preoccupies my thoughts. Unlike Katie, people don't often ask why I picked (as if from a hat) religious history as a field of specialization, but rather I usually get the deseperate "why?" with furrowed brows and quizzical mouthes. Perhaps, this is because I am surrounded by scientists and mathematicians, deep materialists, who cannot sometimes fathom why the realm of the immaterial, the intangible, holds such appeal. We function in different realms of knowledge (eigensolvers and C++ versus sacred texts, theologies, and devotional practice), and I feel that I must appear to something of a novelty, a strange changeling, who does not quite fit classification. A historian of people motivated by the immaterial. The study of religious Americans. What does that mean anyway? (see Katie's previous post.) 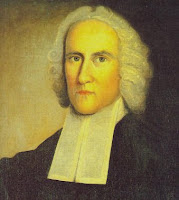 What the furrowed brows don't understand is I can't help myself. Religious peoples, ideas, and practices are fascinating. I am loathe to admit that I took one "Religion in the U.S." class, and it was love. From Science and Health with Key to the Scriptures to Puritan sages to devotional Catholicism to the Social Gospel to the contemporary white supremacist movement, I was hooked. My fascination drove my study. The novelty and ingenuity of ideas and people made we want to know more. Yet fascination is not enough. The warm, fuzzy glow eventually tempered some. Then, I was confronted with students, sometimes seventy or thirty, who looked at me as to why they were taking my class. Glazed, bright, and indifferent eyes watching my every clumsy move and my attempts to explain the centrality of American religious history.

The reason I teach American religious history is that I am committed to the study of the place of religion in American history. For many of my students, religion has been conveniently excised from their history courses, and some don't even know the Puritans, much less about immigration of Jews and Catholics in various times and places or the religious arguments for and against slavery. I am committed to injecting religious opinion, practice, and ideals in our history, so that students can see the power, positive, negative or ambivalent (I prefer ambivalent), on American life. Awareness of religion in lives of Americans seems to be crucially important, especially as the presidential election rolls around (as the many posts on this blog attest). 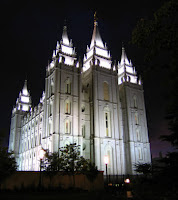 he history of religious encounter proves complicated and fraught with tension, and often violence. This reveals larger currents in our history, which have weight on our present, and I cajole students into this study to get them to understand motivations and actions (contradictory and seamless) of these encounters. I want these students to examine narrativity and why some stories are told and others occluded. In my own research, I question why certain historical actors have greater impact in our narratives, and with fervish hope, I analyze whether students ferret this out themselves Perhaps, I am activist or just naive, but this is why American religious history matters to me, and why I teach it with such devotion, fascination, and purpose.
Email Post
Labels: baker's posts crossposts teaching philosophy