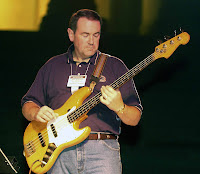 A recent Rasmussen Report reveals that Mike Huckabee now has a slight lead (28%-25%) over Mitt Romney in Iowa. With only a little more than a month remaining before the Iowa caucuses, a Huckabee victory in the Hawkeye state is not out of the question. His performance recalls another folksy evangelical southern governor, Jimmy Carter, who rode his victory in the Iowa caucuses all the way to the White House in 1976.

Most of Huckabee’s support in Iowa comes from evangelical Christians. According to the Rasmussen poll, nearly half of the state’s evangelicals will caucus for the former Arkansas governor. What is most interesting about Huckabee’s surge is that it has occurred in spite of the fact that he has yet to receive a major endorsement from an evangelical leader of national prominence. Pat Robertson has backed Giuliani. Bob Jones University endorsed Mitt Romney. James Dobson would rather stay home than throw his support behind Huckabee. Even the National Right to Life has taken a pass on Huckabee in favor of Fred Thompson. At the moment, Huckabee’s most high-profile backers are former action hero Chuck Norris and fifty-nine year old professional wrestler “Nature Boy” Ric Flair.

Most evangelicals united behind George W. Bush in 2000 and 2004, but today there is no such political unity among the Christian Right. While the movement’s leaders are divided over the candidate they think can beat Hillary next November, they seem to be united in the belief that Mike Huckabee, a former evangelical Baptist minister with the best pro-life credentials of all the candidates, is not him.

Yet ordinary evangelicals continue to climb aboard the Huckabee bandwagon. Twenty-eight percent and counting….

Could it be that Dobson and others do not support Huckabee—the most obvious Christian candidate in the race-- because he is not conservative enough? If this is indeed the case, I wonder whether today’s Christian conservatives are more “conservative” than they are “Christian.” Let me explain.

Most evangelical Christians that I know—and that includes members of my largely working-class family, the people with whom I go to church, and the students I teach at Messiah College—describe themselves as “conservative” based upon their convictions on moral issues such as abortion, gay marriage, or stem-cell research.

Fair enough. But what most of these evangelicals do not realize is that these moral concerns have only become part of the conservative movement in the last thirty years or so.

Historically, conservatism has been less about abortion and “family values” and more about freedom from government’s intrusion on one’s individual rights. The conservative agenda has always played out practically in the support of big business, free-market solutions to social problems such as poverty or health care, reduced government spending, and cutting taxes, especially for the wealthy. Most conservatives today would agree with Thomas Paine when he said at the beginning of Common Sense that “government even in its best state is but a necessary evil.”

It is indisputable that Mike Huckabee holds traditional views on social issues, but he fails to meet conservative standards when he talks about the purpose of government. Recently Robert Novak, the Washington Post columnist who no one would mistake for a liberal, denounced Huckabee as a “false conservative,” calling attention to his “tax and spend” approach to government while he was governor of Arkansas. Jonah Goldberg of the National Review hammered Huckabee for the same reason in a recent Los Angeles Times column and in a video conversation with Peter Beinert on the New Republic website. Many of these conservatives consider Huckabee dangerous. Their attacks are similar to the ones that the Right level regularly on Bush for his lack of control over government spending.

According to Novak, Goldberg, and others, Huckabee is little more than a liberal with a culturally conservative moral agenda. And they are probably right. He represents the second coming of Bush’s compassionate conservatism—a brand of conservatism (if you can call it that) that his former speechwriter Michael Gerson continues to hawk.

Huckabee wants to use the power of the state to end abortion (as opposed to many of his Republican/Federalist rivals who want to turn the matter over to the states), help the children of illegal immigrants, end gay marriage, ban smoking, and aid the poor. Though I would not push the analogy too far, Huckabee can occasionally sound a lot like Lyndon Johnson, whose Great Society reforms were also driven by the virtue of “compassion.”

Perhaps the lack of support for Huckabee among leaders of the Christian Right can be explained by their refusal to support a candidate, despite his convictions on abortion or same-sex marriage, who does not toe the Goldwater-Reagan conservative line. Which brings us to the pressing question: Is it more important for the leaders of the Christian Right that a candidate be pro-life or a true conservative?

If it is true that prominent Christian leaders will not support Huckabee because he is not loyal to the conservative movement, then it is also true that the people of Iowa are not buying it. Huckabee is their man because of his views on social issues. Most of them want to end abortion and could really care less about whether it is accomplished by the states or the federal government. If big government is the way to accomplish their moral goals for the nation, then so be it. And if a host of commentators, including the New York Times’s David Kirpatrick, are correct, then these ordinary evangelicals are also concerned about fighting poverty and caring for the environment--not historically conservative causes.

Huckabee’s ability to draw supporters without a major endorsement from an evangelical power-broker (and in some cases the outright rejection of his candidacy by Christian Republicans) tells us that the evangelical rank and file have a mind of their own. They will support candidates that their religious and moral convictions and common sense tells them are right, regardless of what Dobson or Robertson or Bob Jones or the people at National Right to Life have to say on the matter. Huckabee may not be the most conservative Republican candidate, but he is certainly the most Christian Republican candidate, and that is the kind of person that many ordinary evangelical Republicans, in Iowa and elsewhere, want in the White House.
Email Post
Labels: evangelicalism fea's posts religion and politics religious conservatism

Anonymous said…
John, thank you for this good analysis of the current state of affairs within evangelical politics. Huckabee certainly had his share of problems in Arkansas, and the rift between his fiscal policies and those of the "Reagan coalition" have been spotlighted by the Republican power brokers and his primary opponents. Huckabee seems, to me, to represent a tradition more in line with William Jennings Bryan. Gerson invokes Bryan from time to time as well. What these contemporary compassionate conservatives share with Bryan is a belief not only that the gov'ment might not be the enemy, but a progressive-style conviction that government and institutions (business, the church) need to reform society. In the 21st century, the society is global, and that brand of reform isn't cheap. That certainly differs from the Goldwater-Reagan belief that the only good thing government could do was get out of the way. One factor is that the Reagan-era power brokers--in both politics and the church--are yielding their positions to younger leaders who do not see the importance of a low tax, anti-government philosophy. Huckabee's spending programs in Arkansas have caused him to receive a lot of criticism...but they did a lot of good in a needy state.
November 30, 2007 at 9:16 PM

Travis LeMaster said…
I am perplexed by how many of the so-called Christian leaders have aligned themselves with those who have weak pro-life records. Perhaps the Christian right is going to see a seismic change from the bottom-up rather than be dictated to from on high.
December 8, 2007 at 11:18 AM