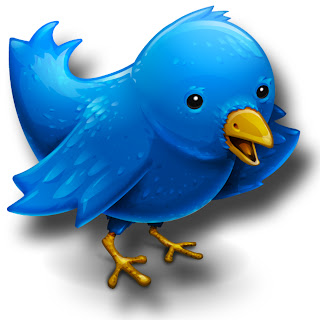 Anonymous said…
Creating boundless classrooms via Twitter and other social media are good netiquette. Many people think of learning as scientific when it is not, it's social. Since learning is social, social media is the best way to teach. This does not mean that Facebook is the best teacher just because it's the most popular because it's bad netiquette to be friends with your students. Teaching is one to many communication and so is social media.
March 12, 2012 at 12:49 PM

Curtis J. Evans said…
Kelly,
very helpful discussion, especially for someone like me who's never used Twitter, does not have a Facebook account, etc., but who is open to new ways of reaching and making material more interesting to students. I've been puzzling over your comment that "embodied discourse breeds familiarity." Since this comment follows your statement that students would not call you an "annoying liberal" directly in class, I'm assuming that the point is that the various social media you describe is somehow more "freeing" for students, allowing them to say things that they would not feel free to say in class. But I wonder how one balances this free for all media with an equally robust civility, respect, and a governing of our inclination to utter the first thought that comes to mind. Perhaps my views have been colored by the kinds of comments (anonymous and with names attached) that one finds in response to articles in, say, the New York Times or the Washington Post. Obviously, a teacher/student relationship means a different dynamic is at work than postings from diverse persons upset over political issues discussed in a major newspaper, but the temptation to emote and utter whatever comes to mind seems quite strong (in these settings and this is not a good development if you have the perspective that raw "honesty" of this kind is not often productive. The discomfort of speaking in class, as you note, can in part be rectified by the social media you describe. That I find a most compelling point. But I'm still not sure about the implicit drawbacks (familiarity is the one you mention in particular) that you suggest flow from "embodied discourse" are necessarily inherit to face to face contacts in a class setting. Or that this is necessarily rectified, if indeed it is a problem, by the various social media you describe.
March 12, 2012 at 3:57 PM

Kelly J. Baker said…
Curtis, actually, what I was trying to get to was the common assumption that internet discourse is somehow more negative, aggressive or harmful than face-to-face engagement. I think the internet is "freeing" when used anonymously or under an obscure handle like the commenting at the NY Times and other news sites, blogs, or online forums. "Online dis-inhibition" is the jargony term for this.

This post comes from a paper that I gave at Nexus symposium at UTK over the weekend about "disembodied discourse" and civility. There was nervousness over internet culture as a breeding ground for uncivil behavior. My Twitter experiment, barring the random tweet from a student outside of my class, actually showcases how a permanent Twitter identity attached to one's name maintains civility because I am grading them and policing their behavior, much like I do in face-to-face interactions. So, I actually talk to my students about what to post on Twitter and take off points for aggressive, negative or hurtful tweets. This space isn't as freeing as other forms of online interaction with anonymity.

As far as embodied discourse, I am not entirely swayed by the arguments that face-to-face interaction actually encourage good behavior either. (I am actually trying to work against this some, which is unclear in the post.) I am highly biased considering the people and topics that I research (intolerance, racial supremacy movements, etc.) In class, students still say inappropriate things, but not quite as much.

Rather, the familiarity logic breaks downs when looks at end of the semester evaluations, in which students get to anonymously comment on the instructor and the class. Maybe, the anonymity piece is the most important?
March 14, 2012 at 7:57 AM

Curtis J Evans said…
Thanks, Kelly, I see your point. All of this is very helpful. And the type of subject matters you address, I'm sure, can be a site for difficult issues. I've also had the experience at FSU where students, for a host of reasons ranging from their personal dislike of me to my deducting points for missing too many classes, unload in the harshest ways and say some rather nasty things. Yes, anonymity is the key here when they feel uninhibited and unaccountable. So clearly it is not simply social media or the internet.
March 14, 2012 at 10:25 AM