I’ve been doing some nonfiction pleasure reading that overlaps with my work. (I try to avoid that sort of thing whenever possible, because it could nerd me out beyond all measure.) I like 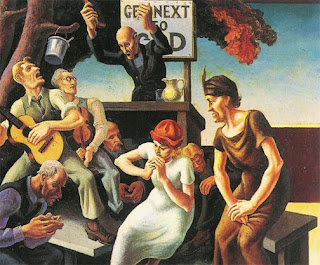 Herbert Asbury’s punch-punch, bludgeon, stab-stab prose. (Asbury sat at the feet of H. L. Mencken, like so many other talented, and even untalented, writers of his era.) So Asbury’s 1926 memoir about growing up in the stodgy Methodist town of Farmington, Missouri (Farmington, Misery for him) drew my eye when I saw it on a bookstore shelf some months back. As an added bonus Roy Blount, Jr. writes the insightful foreword to the 2003 edition of Up From Methodism: A Memoir of a Man Gone to the Devil. (I got it new from Half Price Books for $3.98! Half Price Books, please send the check to my office for that blurb.)

Farmington was no Manhattan. It was no Baltimore, either. In fact, it made Jefferson City, MO, look like the place to be. Columbia, seat of learning, by that logic, was Paris. Asbury—yes, bearer of that famous Methodist name and lineage—skewers the townsfolk with nary a sense of guilt. Locals are slack-jawed faith monkeys, mountebanks, dunderheads, joyless shrews, and worse. No moonshine swilling thrillbillies in pious Farmington. This hamlet was, in Iggy Pop’s words, “No fun to hang around.” Here’s a prime example of Asbury’s barbed prose (note the awesomely spare American style):

Under no circumstance could we play the fiddle in our house on Sunday, because of all music, that which came from the fiddle was the most sinful. It was the Devil's instrument. No fiddling on Sunday had been a cardinal rule of my father's family since Colonial days in Virginia, and later in Mississippi, and in North Carolina my grandmother had compelled her Negro slaves to put up their musical instruments from Saturday night to Monday morning. Eventually I took lessons from the music teacher in Farmington and learned to call the fiddle a violin, and as I grew older I played when I pleased, although not very successfully. But so long as the instrument remained a fiddle it was played in our house on Sunday on only one occasion. And then the performance was a neighborhood scandal, and only the fact that the instrument had been played by a Preacher saved us from getting into trouble with God and His representatives in Farmington.
Something else I recently came across—also written in the Jazz Age, though basically jazzless—was G. K. Chesterton’s shot across the pond. The rotund, witty defender of the faith and champion of the faithful took aim at H. L. Mencken. Mencken had gone a bit too far in his campaign to exorcise 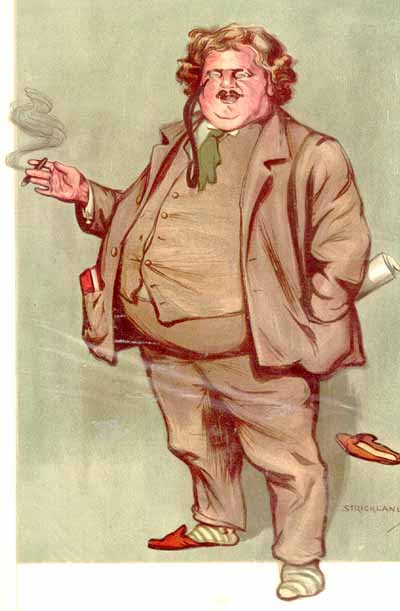 religious mania from the land. And, Chesterton wrote, religion could not be reduced to its most grotesque and wild manifestations. Just because America was thick with sawdust trail preachers spitting out idiotic sermons, it did not follow that all Christianity was as insipid or idiotic as the most simple-minded faith healer or snake juggler. Chesteron also set his sights on the Mercury editor’s high esteem of science. “The popular science, that rages in the American Press,” Chesterton mused, “is simply a dance of lunacy more ghastly than a dance of death.” Mencken is a kind of irreligious maniac. Crazed on the subject of irreligion. Sounds amazingly like current science vs. religion debates, doesn’t it?

I have already noted that, if there is such a thing as religious mania, there is also such a thing as irreligious mania. Just recently, perhaps, it has been the commoner of the two. But a very interesting study of the matter comes from a country in which we may say, without injustice, that both are fairly common. I had occasion to remark recently, in this place, that an American paper had accused me of being an anti-American writer; and I commented on the curious irony that the American paper was itself an anti-American paper. Anyhow, most of the writers on it were at least more anti-American than I am. But, though I may be permitted thus to parry a purely personal charge, and a highly preposterous one, I should not like anyone to suppose that I do not both enjoy and value the magazine in question. I am quite well aware that Me. Mencken, the editor of the American Mercury, is really doing his duty as an American citizen in being an anti-American critic. I myself have been regarded often enough as an Anti-English critic, when I regarded myself as a patriot. In short, there are immense internal evils for Mr. Mencken to attack, and he is perfectly right to attack them. All is well so long as the good citizen abuses his own city. The trouble begins when the foreigner abuses it—or, almost as often, when the foreigner admires it.

But the particular point about the two types of madmen arises thus. It is very natural that Mr. Mencken should be mostly occupied with trying to restrain religious mania. To what extravagant lengths that sort of devotional demagogy can go in the Western democracy, it is necessary to

study his notes to realise. The methods of Billy Sunday arc somewhat notorious; but compared with some of the religious ranters quoted in the magazine, one could almost mistake Billy Sunday for a rather shy and refined gentleman of the Oxford Movement. When theological problems are presented in the form of "Is God a Papa or a Father?" we all feel that the title is enough to tell us all we want to know about the sermon. When another Evangelist says that the American Radio Commission consists of five, but the one that broadcasted the Psalms only of three, the Father, the Son, and the Holy Ghost. we are, like Queen Victoria, not amused. When he observes cheerily, "We don't know what soap company broadcast in David's day, or what newspapers had a tic-up with the radio, but you are still tuning in on David's programme" ... we feel we have no strong desire to tune in on his programme. But, anyhow, the chief efforts of the American Mercury have to be directed towards this howling wilderness of sectarian sensationalism. It can hardly turn its attention to many other matters while so much of the dialectic on the other side is the multitudinous chattering of Monkeyville. The editor must face the fact: he must recognise the religious atmosphere of a Sabbath as wild as a Witches' Sabbath; he must sit tight and try to survive Sunday, or at any rate Billy Sunday. He must be grimly patient and wait till the Holy Rollers roll by.

But even here there is any amount of evidence of a quite opposite peril or potential madness. Men may be on what side they like in a controversy between Religion and Science. When both are sane, there is not the slightest difficulty about being on the side of both. But when both are insane, it is certain that Science is more insane than Religion. The popular science, that rages in the American Press and local government, is simply a dance of lunacy more ghastly than a dance of death. And an exceedingly valuable and important protest against it can be found in the same number of the Mercury from which I have picked the examples of theological hysteria. The protest is all the better because it is not the sort of protest that I should write, or that any person of my beliefs would write. The critic is writing entirely in the interests of Science, and is perfectly indifferent to the interests of Religion. He is probably quite as much of a materialist as the mad materialist; only he is not mad. And he enters a virile and telling protest against that science, which is his only religion, being dragged through the mire as a degrading superstition. He insists that most of the psycho-analysis of madness is simply mad psycho-analysis. It is a science conducted by lunatics for lunatics. Nor are there even learned and concentrated lunatics, like those who sometimes harden their hobbies into lunacies in the shadow of libraries. They seem for the most part, both in England and America, to be exceedingly cheap and superficial lunatics, who stick any random notions in their heads, as the others were supposed to stick straws in their hair. They are generally concerned with proving that people are irresponsible; and they certainly succeed in proving that some people are.
Email Post
Labels: atheism fundamentalism G. K. Chesterton H. L. Mencken Methodists primary sources randall's posts religion and memoirs religion and science religion in the press

Christopher said…
I finished Herbert Asbury's biography of Francis Asbury a couple of months ago, and have been wanting to read Up From Methodism ever since. The biography was a fun read, and it sounds like the memoir is more of the same.

As an aside, John Wigger dismisses Asbury's claim that he is related to Francis Asbury as "unlikely" in his recent bio of FA.

Also, according to wikipedia (in what, if you didn't know this, amounts to an awesome coincidence), Herbert Asbury's first published essay appeared in H. L. Mencken's The American Mercury. It was apparently about a prostitute in good ol' Farmington.
March 9, 2010 at 9:43 PM